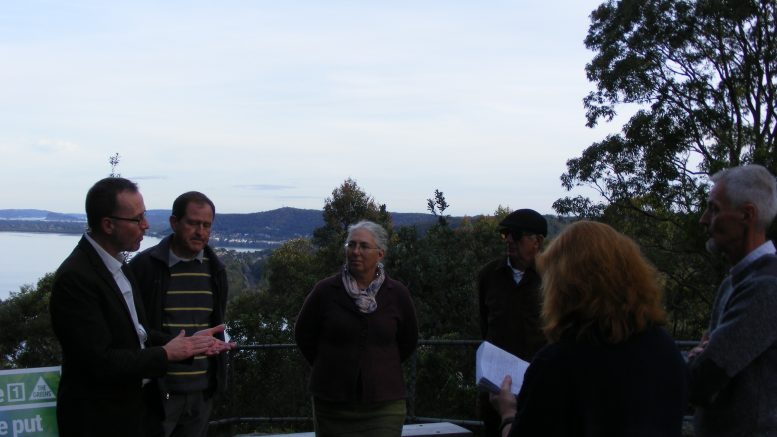 The Greens Central Coast have demanded that the Central Coast Council administration explain the whereabouts of the assets and accounts of three former Gosford Council Trusts containing more than $1.5m for environmental and social works.
“We are aware that Council has received an internal report, tabled in September 2016, that recommended the termination of three trusts which set aside funds for environmental and social works in the former Gosford City Council,” said Central Coast Greens Secretary, Mr Wolfgang Koerner.
“We have been unable to have our concerns addressed by either the Council’s Administrator, Mr Ian Reynolds, or CEO, Mr Rob Noble,” Mr Koerner said.
“The three trust entities we are urgently seeking information on are: the Gosford City Council Protection of the Environment Trust (PoET), the Gosford Affordable Housing Trust and the Gosford Foundation Trust,” he said.
“We are very concerned about the trust’s assets and potential improper dealings that may have occurred in the current council amalgamation process.
“The environment trust alone has more than $1.5m in it.
“All three trusts were established for the benefit of the local community and the natural environment.
“The Greens wish to publicly affirm that there is no reasonable cause to have these trusts dissolved and their assets disappear into the new Council entity.
“We are seeking urgent confirmation from Central Coast Council that the future of these trusts is assured and that they will continue to benefit the people of Gosford as set out in the trust’s deeds,” Mr Koerner said.
NSW Greens spokesman for the Central Coast and Local Government, Mr David Shoebridge, visited Gosford on Monday, July 10, to call for Central Coast Council to clarify its intentions in relation to the trusts.
“We are appalled to learn that some $1.5 million held in the Protection of the Environment Trust, the earnings of which are to be applied exclusively for environmental purposes, are being targeted by the unelected Council administration.
“The local environment is already grossly underfunded and this cash-grab from this Council, just months before a fresh election, is deeply offensive,” Mr Shoebridge said.
“On behalf of the Greens, I have issued comprehensive freedom of information requests to Central Coast Council so that we can understand exactly what is being planned for these community funds,” he said.
Ms Kate da Costa, who is running as the Greens candidate in the September 9 local government election in the West Gosford Ward said: “We are extremely disappointed to learn that the Gosford Protection of the Environment Trust is at risk.
“This trust has generated essential funds to preserve and maintain our local COSS lands as well as provide environmental education for local children of all school ages, all at no cost to the ratepayer,” Ms da Costa said.
“The new Central Coast Councillors, to be elected on September 9, may need to consider the question of reinstating any terminated trusts and their funds, as one of the first items of business,” she said.
“To suffer the loss of two additional trust funds, one intended for affordable housing, and another for the support of local arts and culture, would be a heavy blow for the Gosford community.
“We are calling for an immediate halt on any termination plans by the Administrator or the CEO.
“In view of the on-going difficulties in having the audits to the accounts of the former Gosford Council verified, it better not turn out that these trust funds were incorporated into the amalgamated accounts to improve the optics of Council’s bottom line.
“That would add insult to injury and Gosford ratepayers would have every reason to be furious.
“We are unsure if this represents a simple administrative oversight or sleight of hand on the part of the interim Central Coast Council.
“We are also urgently seeking a statement from Council to clarify if an action to secure control over these trust assets in the NSW Supreme Court is going to be initiated, while the business of Central Coast Council is under administration.
“Clearly, the matter of these three trusts should be deferred until it can be dealt with by a democratically elected new Council and only after full and proper consultation with the community,” she said.
The Protection of the Environment Trust was established in 2006 in connection with planning changes to allow for the Somersby Industrial Park and at the instigation of the NSW Department of Premier and Cabinet.
The Gosford Foundation Trust was created in 1988 to provide support for the local arts and to facilitate cultural and recreational facilities.
The last known balance in this trust’s account was $51,602 as at June 2016.
Council’s minutes of September 28, 2016, revealed that Ms Jane Smith, a member of the PoET and the Gosford Foundation Trust management committees, described in her presentation to the Administrator how she had sought information from Mr Noble and Mr Reynolds without success.
She then provided a detailed history of the environment trust’s inception and the arrangements that were made under the deeds in relation to certain land assets, which enable a dependable income to be used for environmental purposes.
The trust’s land asset base survived two consecutive and unsuccessful court challenges before 2016.
Ms Smith drew Mr Reynold’s attention to the fact that several other parcels of land had been donated to the trust since its establishment but that, while records of transfers exist, these lands are not recorded on the trust’s asset register.
Speaking on behalf of the community members of the PoET management committee, Ms Smith cautioned that a removal or termination of the former Gosford City Council’s trusts would be regarded as a contemptuous act by the community.
Ms Smith submitted that these trusts should continue under the new Central Coast Council.

Cultural Heart gathering on the waterfront