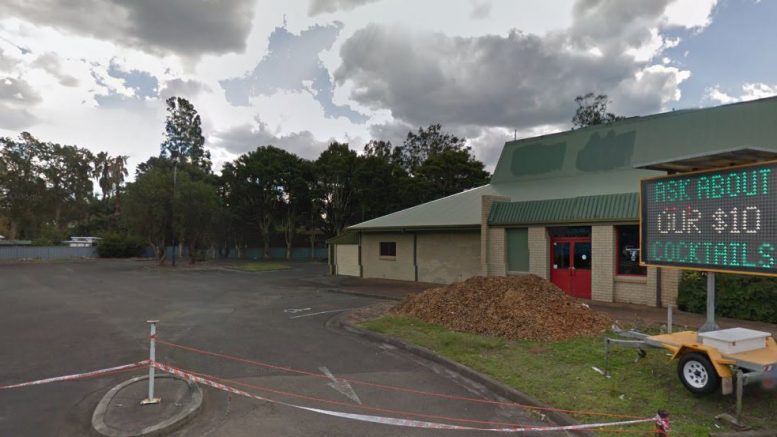 A development application has been lodged with Central Coast Council to build a $1.8m 24-hour service station and convenience store at 477 – 481 The Entrance Rd, Long Jetty.
According to the Statement of Environmental Effects submitted with the DA, the application is for a 7-Eleven Service Station, associated signage and demolition of existing structures.
The site has a total area of 2,324.85 square metres, with approximately 55.6m of frontage to The Entrance Rd.
Improvements on the site include a one storey brick and tile building which previously operated as a restaurant.
A flood levels enquiry made to Central Coast Council determined that the site is within a Flood Zone.
Any future development on the site is to have a minimum habitable finished floor level of 2.7m and the proposed convenience store has been designed accordingly.
Surrounding land uses include a mechanic/auto electrical workshop to the south, residential properties to the west and an outreach store and storage building to the north.
The site is approximately 200m to the East of Tuggerah Lake.
Existing access is provided via a shared ingress and egress driveway approximately 6m to the north of the southern boundary.
“The proposed service station convenience store has a proposed floor area of 212 square metres.
According to a Statement of Environmental Effect (SEE) submitted in support of the DA, a percentage of the floor space will be occupied by areas required for direct access to and from the car parking area, fin walls, freezer space, etc.
“Therefore not all floor space falls within Council’s definition of Gross Floor Area for Council’s car parking calculations.
“An accessible wash closet is proposed to be located adjacent to the retail area.
“The convenience store is proposed to be constructed from precast concrete panels with painted finish and colorbond roofing.
“The fascia will demonstrate the 7 Eleven branding colours and logo and be constructed from compressed cement and zincalume capping.
“The convenience store roof is proposed to have a maximum height of 4.5m, whilst the signage fascia on the eastern facade has a maximum height of 4.76m.
“Four bowsers are proposed to be located to the east of the convenience store.
“The fuel dispensing area will be bunded to ensure that any spills are contained within the fuel dispensing area for discharge to trade waste.
“A 326 square metres canopy is proposed above the fuel dispensing area.
“Fuel refill points are proposed to be located on the eastern side of the canopy.
“Fuel tankers will enter the site via The Entrance Rd entry point and egress directly onto the same road, remaining in a forward direction throughout.
“The two underground fuel storage tanks are proposed to be located adjacent to the southern boundary, to the south west of the proposed canopy.
“Approval is sought for the service station to trade 24 hours a day, seven days a week.
“The service station will employ approximately 10 people on a full time and part time basis, however it is anticipated that only one to two staff would be present on site at any one time.
“Car parking is provided on the site for 11 vehicles, including an accessible space and air/water refill point.
“All parking spaces, aisle widths, driveway widths and manoeuvring areas comply with Councils’ adopted policies and relevant Australian Standards.
“The proposed development will provide vehicular access to The Entrance Rd via separated entry and exit driveways.
“The Noise Impact Assessment concluded that the proposal would not have any adverse long term impacts and is an appropriate use of the site.
“The proposal will not prejudice any existing retail centre and will create employment positions during both the construction and the operational phase,” the SEE concluded.
“The development will expand the range of goods and services available in the local area and is therefore considered likely to have a positive social and economic effect.”