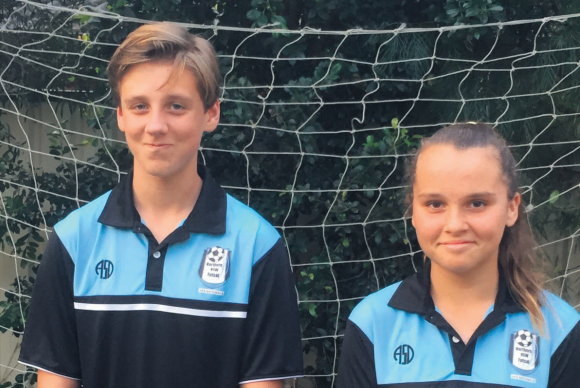 Two Woy Woy players have been selected to represent the Australian Futsal Association under-13 side in a tour to Barcelona in November.

Both Leisel and Ryan play with the local Southern Ettalong United Football Club and are currently playing representative levels on the big field. Ryan has been a representative player with the under-13 Central Coast Football side while Leisel has played girls’ under-15s with Central Coast Mariners. Both Leisel and Ryan have previously completed the Central Coast Mariners Skills Acquisition Program. Leisel has represented Australia in Futsal on two other occasions with tours against New Zealand and Malaysia. Leisel received the tournament most-valued player awared in Malaysia last year playing against open women’s teams. The Woy Woy Bowling Club has been fundraising to help with the costs associated with their trip.