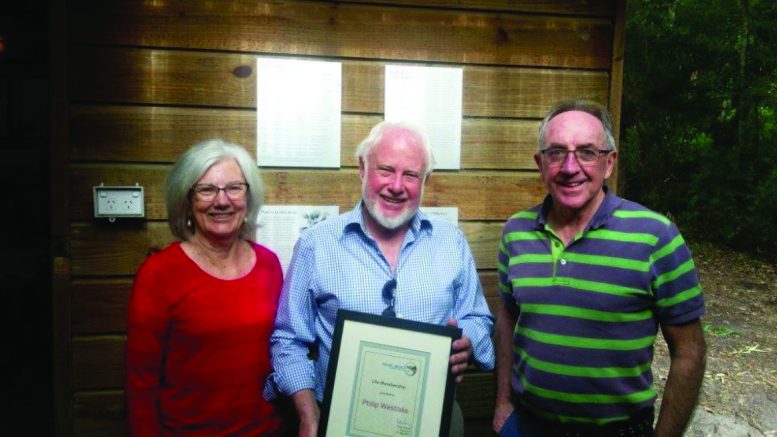 The Pearl Beach Arboretum has farewelled Mr Phil Westlake who had been involved with the arboretum and the broader community for over 30 years.
Mr Westlake joined the arboretum in 1983 and retired over 30 years later.
He became vice-president in 1984, then president eight years later for 15 years.
During his time with the arboretum, Phil was credited with a number of significant achievements.
These included managing the fire recovery following the significant 1990 fire which destroyed a large area; negotiating with the State Government, Council and property owners to preserve an additional area as a wildlife corridor, connecting the arboretum with the adjoining National Park areas; negotiating a significant bequest to the arboretum; and building a bush-style cottage for volunteer use and to provide storage for equipment.
Phil has sold his property in Pearl Beach and is leaving the area.
At his farewell event in the arboretum on Sunday, May 21, the presidents of both the arboretum and the Progress Association spoke of his significant contributions to the community.
He was presented with a life membership of the Progress Association. He had previously been awarded life membership of the arboretum.