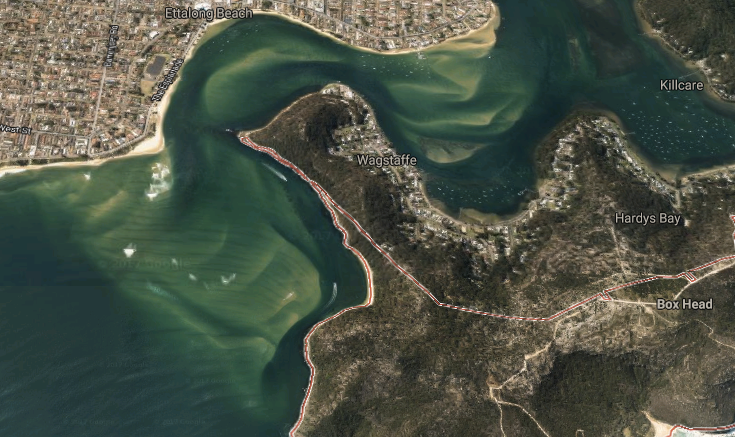 Central Coast Council is waiting for details of the State Government’s $8 million dredging strategy before it commits to any dredging work.

“My understanding is that Councils will be able to apply for funding but I haven’t seen the exact details as yet, but of course if that is the case we would be keen to see how that could work for the Central Coast,” said administrator Mr Ian Reynolds.

“Council is of course willing to work with RMS and Crown Lands to help deliver improved navigation in State waters and we will certainly be looking closely as what this new strategy means to be able to actual fund some works,” Mr Reynolds said. He said Council had already raised the issues of dredging Box Head and the Ettalong Channel with the State Government in the February Community Cabinet and that Council was in the process of securing costings and advice for different dredging and maintenance options for Central Coast waterways. It was not clear whether the program could be used to dredge the Woy Woy channel. Neither Woy Woy nor the Brisbane Water channel have been listed as priority waterways in the 2017 Dredging Strategy.

However, Brisbane Water Ferries ferrymaster Mr Tim Conway said the Woy Woy Channel was even more dangerous than the main channel at the mouth of Brisbane Water. He said Woy Woy channel was at serious risk of becoming unnavigable if something was not done to ease siltation and sand build up. The sandbank that has built up in the channel has become so large that the channel has become unusable by outside boaties and if left unchecked would eventually impact Central Coast Ferries viability he said.

“The sandbank stretches right across the channel and has made it really inaccessible to boaters coming up from Sydney,” Mr Conway said. “If we misjudge the deeper part of the channel it could mean thousands of dollars in damage to our vessels and poses a real threat to the safety of our passengers and the ferry service as a whole,” Mr Conway said. According to Mr Conway, accessibility was becoming a signifi cant issue across the Peninsula with waterways becoming increasingly harder to enter, navigate and exit thanks to poor conditions.

Mr Conway said there were many avenues Council could explore to secure funding for channel remediation. “Dredging is an obvious choice for the Woy Woy channel. “There are plenty of beaches around the Peninsula that are suffering from erosion. “Doesn’t it make sense to get the sand building up in the channel out and onto a beach that needs renourishment?” He said Council also had the option to apply for funding through the Rescuing Our Waterways Program, which supplies $2 million to priority regional locations over four years or $6 million over four years to local waterways.

He said the Council could use a government program to address the dilapidated state of Woy Woy Wharf, which was impacting on Central Coast Ferries’ ability to service its customers. “Our ferry service caters to people with disabilities and it is incredibly diffi cult to fulfi l this duty when three quarters of Woy Woy Wharf goes underwater with the king tide,” Mr Conway said. “How can we board a person in a wheelchair if the wharf is unusable?” he asked.

He also said that posts along the wharf were rotted and that Council had removed sections of rot and replaced them just before summer last year with cement. “The cement won’t last,” he said. “When it degrades the wharf will be even worse off than it is now and it really needs a whole overhaul to get it back to speed,” Mr Conway said.

Insight into the world of mushrooms

CCRDC to deliver the “built form outcomes” for Gosford revitalisation