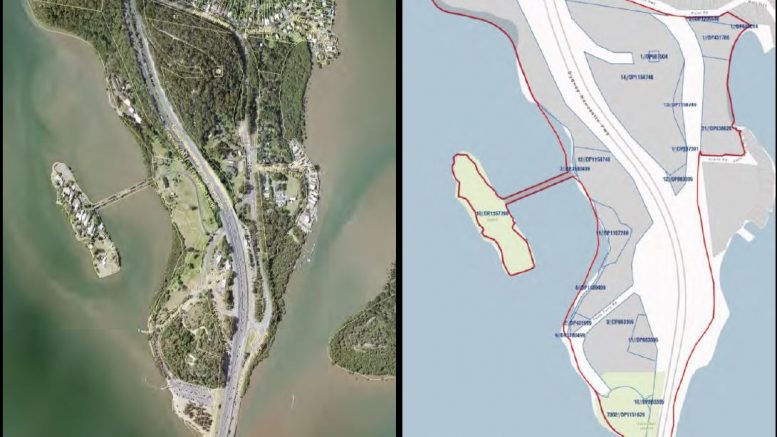 The community consultation period to examine the planning proposal for Peat Island and surrounds will be extended to at least three months, and a decision ultimately made by the newly-elected Central Coast Council.
The Planning Proposal, seeking to rezone the land to permit a mix of residential, community, environmental recreation and employment uses, has been referred to the Department of Planning for a gateway determination following the Central Coast Council meeting on March 22.
Council Administrator, Mr Ian Reynolds, assured the community that the referral was just the start of what may be a very long process with a great deal of community consultation before there is any rezoning at or in the vicinity of Peat Island.
“This is just the first step, the beginning of a potential rezoning,” Mr Reynolds said.
“The planning proposal will go to the Department of Planning and Environment for what the legislation calls a “gateway determination”, and if there is a gateway determination, then the proposal goes out for formal public exhibition, and this is when the community has the formal opportunity to comment on the proposal,’ Mr Reynolds said.
“In my view, any such exhibition should be at least three times as long as the normal period to ensure that there is sufficient time for public assessment and input,” he said.
“I have indicated that community information sessions need to be held in the local area during the exhibition period.
“I have also made it clear, in the resolution, that any final decision will be made by a future elected Council, rather than by me as the Administrator.”
The site is owned by the State Government, with the first proposal for a rezoning lodged with the former Gosford Council in August 2014.
Key changes which have been incorporated in the new proposal included the reduction of residential dwelling numbers to 268 dwellings; reduction of building heights from 17 metres to 12 metres; and the amount of land dedicated to national park increased from 2.6 hectares to 11.3.
Publicly accessible open space has also been increased from two to 10 hectares.
The revised proposal will provide opportunities for public access to new areas of the foreshore and Peat Island that are not currently available.
The proposal will now be referred to the Department of Planning requesting a gateway determination.