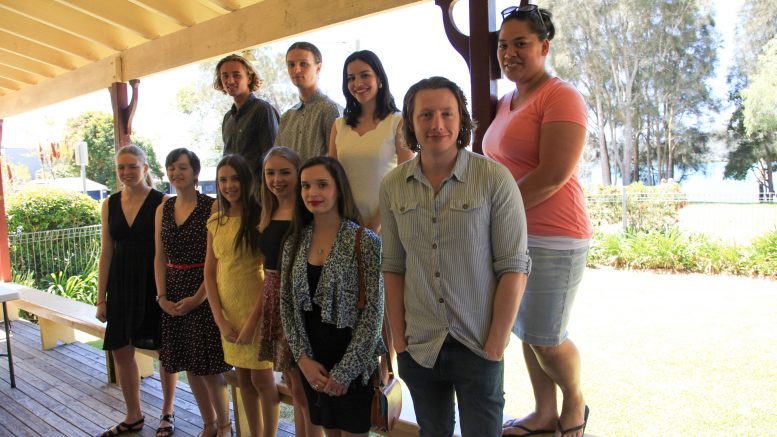 Two recipients of grants from the Bouddi Foundation for the Arts have used their funding to further their artistic education overseas.

Ms Kimberly Gilbert from Erina used her Bouddi Foundation grant to travel to the United States for two and a half weeks of residency at Azusa Pacific University in California.

“It was an amazing trip packed full of musical encounters but focused very much on my piano performance and benefiting from the knowledge of some expert tuition by Dr Eugene Alcalay,” Ms Gilbert said.

“It was amazing to see how much the School of Music at Azusa Pacific University supported my visit to make it so much more than just about the piano, but involving recitals, opportunities to perform at concerts, cello lessons conducting lessons and an opportunity to conduct a small orchestra, piano literature and pedagogy classes, orchestral rehearsal sessions and an opportunity to see an amazing rehearsal for a Schumann Quintet,” she said.

Ms Nadia Martich from Kariong was able to participate in an Indigenous Dance Residency in Banff, Canada as a result of receiving a scholarship from the Bouddi Foundation.

“The generous support from the Bouddi Foundation has helped in establishing myself as a proud Indigenous dance artist,” she said.

Applications are now open for the 2017 Bouddi Foundation for the Arts grants.

Aspiring young artists on the Central Coast will get a major boost this year with the announcement of an injection of funds into the philanthropic arts body, the Bouddi Foundation for the Arts.

“We have many generous individuals who support us but now institutional and corporate sponsors are increasingly recognising the solid results that the Foundation is achieving in developing the young artists of our Central Coast community,” Mr Bell said.

“Two additional dedicated sponsorships will commence this year for our grants programs,” he said.

“These will come from the prominent music organisation, ORiGiN Music Group, and an additional award from our long-time supporter, Graeme Anderson.

“ORiGiN Music Group, has advised me that for the next three years they will sponsor annual grants of up to $2,500 in the music performing arts category including musical theatre, singing, and song writing.

“ORiGiN Music Group is well-respected in the performing arts and we are delighted to have them join the Foundation in supporting our young people.

“Mr Anderson has been one of the Foundation’s staunchest supporters.

“’Their success is our inspiration,’ he has said.

The award will be known as the Graeme Anderson Award for Artistic Excellence.”

Mr Anderson was a Director of Tutt Bryant Ltd for 30 years, chairman and Managing Director of Otis Elevator Australia for ten years, President of the Building Industry Specialist Contractors of Australia, and has been a member of a range of Committees of Industry.

In the Bouddi Peninsula his proudest achievement was arranging for six properties, including his own, to grant rights of way to National Parks to permit legal access for the community from the Lobster Bay access stairs to the Hawkes Head peninsula.

These two new awards from ORiGiN Music Group and Graeme Anderson are in addition to the normal annual grants from the Bouddi Foundation for the Arts which have totalled nearly $100,000 over the past five years.

“Dancers, painters, potters, actors, writers, musicians of all stripes, even a puppeteer, all have benefited from our grants program.

“Applications for our 2017 grants are now open and I encourage our next wave of talented young artists to apply via bouddiarts.org.au/grants.”