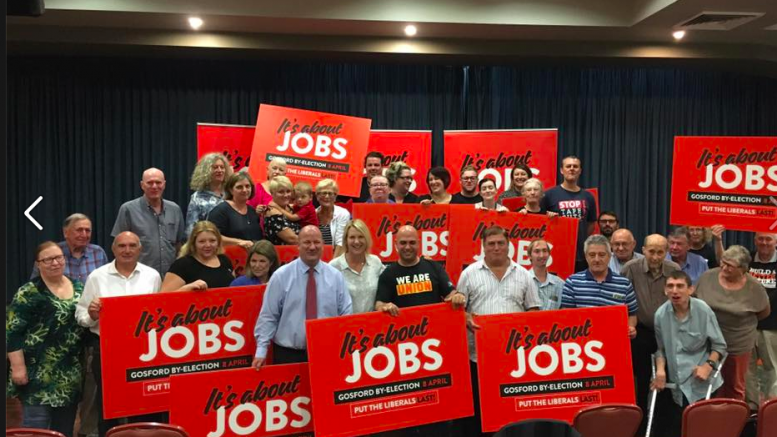 The NSW Government has slashed 300 public sector jobs on the Central Coast, with the privatisation of Disability Services and Out Of Home Care now also eating away at the community, said the Public Service Association (PSA).
“This is a government that just builds roads, not communities or a society,” said PSA General Secretary, Mr Stewart Little.
“The Central Coast is out of sight and out of mind as far as this government is concerned, with the highest rate of vulnerable children in Out Of Home Care of all FACS districts in the state.
“The government’s ongoing privatisation agenda is setting up the Central Coast to fail spectacularly,” Mr Little continued.
“If the government really wants to make a difference to the lives of the people of NSW, it should urgently rethink the catastrophic plan to privatise the Land Titles Registry, a move condemned by everyone from academics to property developers, and pull back from the forced transfer of state disability services.”
“The government trumpets its efforts on ‘life-changing projects’ but what could be more life changing for millions of people across NSW than to lose the security on their property?
“What could be more life changing for tens of thousands of families than to have the care of loved ones with disability thrown into free fall after the government completely steps away from that space?
“NSW will be the only state in Australia with no government safety net for people with disability.
“On the Central Coast alone, that will impact on 2,735 clients.
“This is a Government that washes its hands of all social responsibility, whether it’s starving the world class TAFE system of funds while throwing millions at dodgy private providers, or pushing vulnerable kids into a non-government Out of Home Care system and then reading the horror stories in the media,” Mr Little concluded.
The NSW Government employs almost 10 per cent of all workers on the Central Coast and is by far the largest employer in the region.

Pollution data and health records need to be integrated