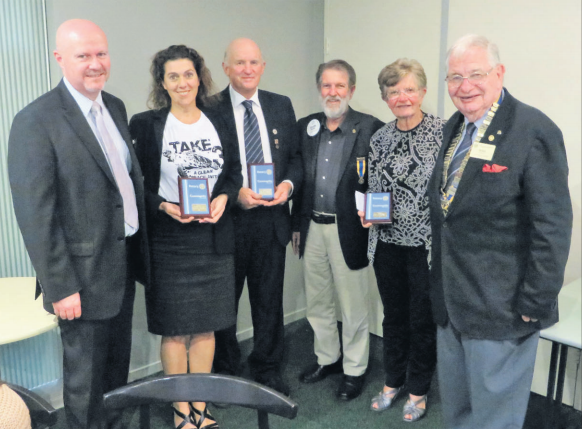 Three volunteers received community service awards at a dinner held by the Rotary Club of Umina on April 5.

Sarah Beard, Peter Lambeth and Jan Consoli were awarded for their exceptional service to the community. Ms Beard and Mr Lambeth were recognised for their services to Central Coast surf lifesaving, as well as work with Take 3, an environmental group, and Beach to Bush, a program teaching water safety to country students, respectively. Ms Consoli was awarded for her work as past president of Empire Bay Progress Association. Past Governor of District 9685, Mr Graeme Davies, and community service director Mr Paul Quinn congratulated the volunteers on their awards.