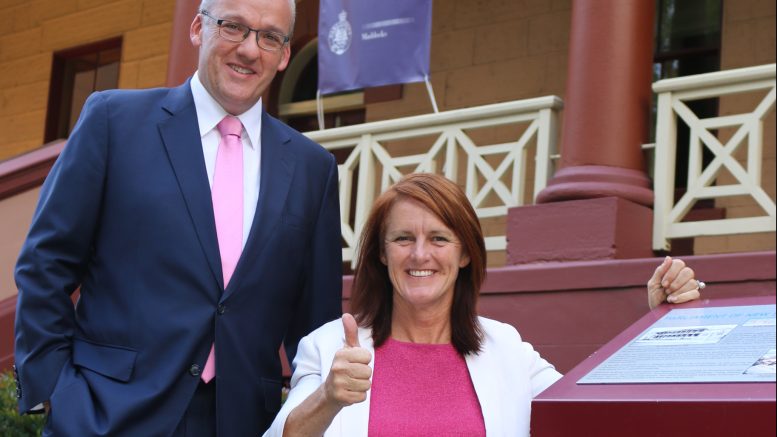 Mr Foley said the 13 per cent swing to Labor as well as Ms Tesch’s 50 per cent of the primary vote, the best result for the ALP in Gosford in 30 years, were proof that Gosford was fed up with the Berejiklian Government’s neglect of regional communities when it came to infrastructure management and funding.

“The ALP is delighted by the result here in Gosford and the seat now has a fighter in golden girl Liesl Tesch,” Mr Foley said.

“Everything she has set her mind to she has achieved in life and the ALP wholeheartedly welcomes Liesl to parliament,” he said.

Ms Tesch said she felt fantastically supported by the community and that she would be fighting for Gosford in NSW parliament for years to come.

“I will do all in my power to keep the Government accountable for the decisions they make that affect the lives of people on the Central Coast,” Ms Tesch said.

Ms Tesch outlined the key issues identified by the people of her electorate during her time on the campaign trail, including feeling ripped off by the Council amalgamation and the removal of services throughout the electorate by the Liberal Government.

Ms Tesch also said she would be fighting the privatisation of Wyong Hospital, but did not elaborate on what she could do about the issue with the hospital well out of her jurisdiction as the Member for Gosford.

When questioned about the anti-government vote Mr Foley conceded there was definitely a “mood for change” across the state but said the results in Gosford highlighted that sentiment stemmed from the current government’s direction.

“The voted didn’t go to the minors in Gosford, they went to Gosford’s golden girl who bolted home on the Central Coast.

“The Premier needs to take responsibility for the brutal judgements that have been delivered against this government.

“This government is squandering millions on projects for Sydney, like the tunnel for the North Shore and the Eastern Suburbs Light Rail project and voters from the Central Coast, the South Coast and the Central West are delivering brutal judgements to this government because those regions are not getting their fair share.

Mr Foley listed the bread and butter policies of better jobs, health and education as the cornerstone of the ALP’s politicking.

He also dismissed claims that the ALP was chalking up the result for Gosford by Premier Berejiklian and said the Premier was in denial about how her party was perceived by regional communities.

“Let me tell you, this government is so on the nose in regional NSW and Premier Berejiklian fails to understand or hear the message that these communities are fed up with being forgotten by the Liberals,” Mr Foley said.

Mr Foley concluded the conference by reiterating the ALP’s focus on regional NSW and said the Premier could worry about the anti-Liberal swing in the party’s heartland seats of the North Shore and Manly.