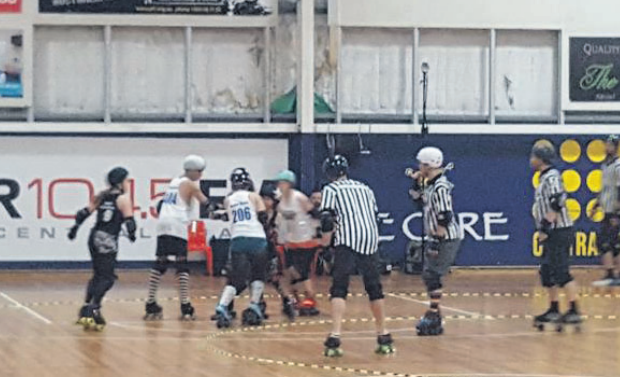 Action from the National Championship

Niagara Park Stadium hosted the 2017 Junior Roller Derby National Championships on Saturday, April 15 and Sunday, April 16.
The stadium was chosen due to its stellar record hosting major roller derby bouts over the last three years.
It was the first time the championships had been held in NSW.
The iconic national event saw hundreds of junior skaters from across Australia converge on the Central Coast.
They competed in three skill divisions of positional, modified and full contact, with winners claiming the ‘Best in Australia’ title.
An award ceremony was held following the final round on Sunday afternoon.
The action-packed event was expected to have crowds riding an emotional rollercoaster.