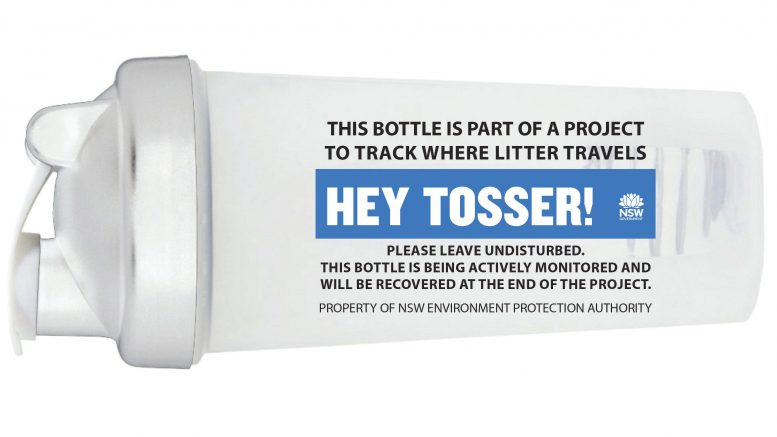 Branded bottles fitted with GPS trackers have been released into waterways as part of the NSW Environmental Protection Authority’s (EPA) ‘Hey Tosser’ campaign.
Member for Terrigal, Mr Adam Crouch said he had released bottles into both Erina Creek and Empire Bay, which can be tracked by the local community.
NSW Minister for the Environment, Ms Gabrielle Upton, said littering was a damaging but preventable environmental problem.
“Around 25,000 tonnes of litter is tossed in NSW each year, costing the state more than $180 million to manage”, said Ms Upton.
“Through the ‘Hey Tosser’ campaign, we are excited to continue to educate NSW residents about the impact of littering on the environment and highlight where litter goes and how it can travel.”
The bottles were released across five locations within Sydney, and four regional locations, including the Central Coast.
The locations of the bottles will be tracked daily so that members of the community can follow the journey of the bottles as they travel, with updates shared via the ‘Hey Tosser’ Facebook page.
All bottles and GPS trackers will be collected at the conclusion of the project.