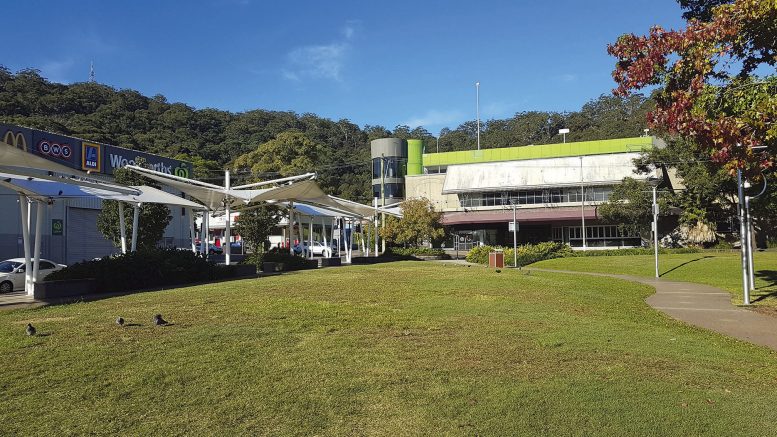 The Lederer Group’s master plan for the empty Kibbleplex building on Gosford’s Henry Parry Drive cannot progress until Central Coast Council gets NSW Planning approval for its proposed new Gosford CBD planning controls.
The Lederer Group acquired Kibbleplex and adjoining vacant land from the former Gosford Council for $13 million on March 1, 2016.
The Sydney-based property owner and developer owns the adjoining Imperial Centre and has demonstrated long-term commitment to the enhancement of the Gosford CBD including the recent refurbishment of the Imperial Centre.
An $850 million Stage One Masterplan for the Kibbleplex property was lodged with Council by Lederer Group on March 6, 2016 which consisted of nine buildings including mixed-use residential, commercial and retail and the demolition of existing structures.
The DA was advertised and public comment invited in June and, according to the Central Coast Council’s Gosford online development application tracker, nine submissions were received during the month-long public consultation period.
Thirteen months after unveiling its grand plan for the site, the Lederer Group’s Development Manager, Mr Steve McGillivray, said the developer was waiting, along with others with development sites in the Gosford CBD, for Central Coast Council to finalise its new planning controls.
“We made our Master Plan application on the basis that the Local Environment Plan (LEP) would be changed before now,” Mr McGillivray said.
“We can’t do anything until the Council’s planning proposal is finalised,” he said.
The proposed changes to the Development Control Plan (DCP) and the LEP were expected to be finalised during 2016.
However, Central Coast Council extended the public consultation period for the proposed new planning controls until January 20 and held a public information session.
The planning controls sought to move the commercial core of the CBD to Kibble Park, create a living city and revitalise the CBD, according to Council.
They also involved changes to floor space ratios and height restrictions which were loudly opposed by the Community Environment Network (CEN).
CEN’s manager, Ms Jane Smith called the proposal “alarming” including the proposal for heights in the CBD of “up to 99 metres”.
CEN was critical of the fact the Council’s exhibition of the proposed changes to development controls came out of a Statement of Strategic Intent that had been adopted without any public consultation.
Coast Community News has asked Central Coast Council’s Group Leader Environment and Planning, Mr Scott Cox, for an update on the proposed new development controls for Gosford’s CBD.
His response will be reported in our next available edition.
The Lederer Group’s Master Plan also included a redevelopment of Kibble Park “to maximise its green footprint and create a popular family destination and event space that is the green heart of the CBD.”
Former Gosford Councillor and member of the Central Coast Council’s Local Representation Committee, Ms Vicki Scott, said she had asked for a discussion about any proposed redevelopment of Kibble Park to be placed on the agenda for discussion at the LRC’s April meeting.
“I am concerned there are things in the pipeline to happen sooner rather than later with Kibble Park,” Ms Scott said.
“I am concerned about the lack of consultation with the public,” she said.
She said she believed the future of Kibble Park was “too big of an issue for an unelected council” to decide.
Between October 2015 and the following March, the details surrounding the sale of Kibbleplex were kept confidential by Gosford Council.
Negotiations surrounding the sale of the property had been delegated to then Chief Executive Officer (CEO), Mr Paul Anderson.
At an ordinary council meeting on October 27, then-Councillor Vicki Scott resolved that the CEO was to present a detailed report to Council by the end of November detailing the original price Council paid for the building, why its sale was not put out to tender, why there had been no public consultation about its sale and the details of the sale.
A report was provided in November but, for confidentiality reasons, was not made public until after the sale to Lederer was settled on March 1.
According to that report, Kibbleplex was acquired by Gosford Council in February 2011 for $11 million, consisting of $4 million of Council’s own funds at $7 million from the Department of Infrastructure, Transport, Regional Development and Local Government.
A condition of the government funding was that the two upper levels provide 400 commuter parts for five years.
That commitment expired on February 29, 2016 but Lederer has continued to keep the carpark open to the public.
The building was not put out to tender because Council received “a strong expression of interest” and commissioned a valuation report which valued the property in the range of $11.5 million to $13 million.
The report also revealed that “there would be limited market depth if the property was offered for sale, the report suggested looming market risks.
Gosford Council also appeared to be racing against the clock as development incentives including 30 per cent bonuses on floor space and heights in the CBD were due to expire in April 2016.
The former Gosford Council opted to go with the Lederer offer based on its knowledge of “a considerable looming oversupply of units proposed in Gosford” and “the assessed value may change unexpectedly over a relatively short period of time.
“Based on the valuation report, Council formed the following views: the assessed value may not be sustainable going forward and had more downside than upside risk.
“Time periods for any sale should be sensibly minimised if possible.
“The pool of potential purchasers would likely be very shallow.
“A proactive approach to buyers showing real interest would therefore likely be the best way to maximise price.”