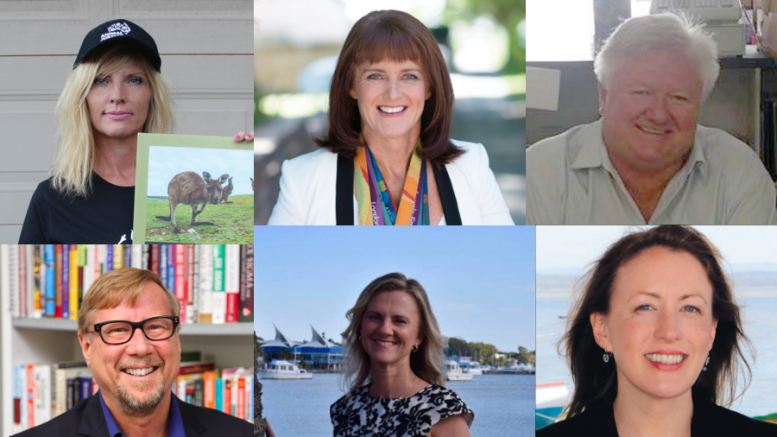 The six candidates for the state seat of Gosford.

The final stages to the Gosford by-election are playing out with candidates from six parties jostling for attention with voters and the media.

The prized Central Coast seat of Gosford on the NSW Central Coast is the state’s most marginal seat, with only 200 votes dividing the result just 2 years ago when Labor’s Kathy Smith beat then Liberal MP Chris Holstein.

Signals form the Premier that the NSW government was running a dead campaign proved to wrong as a string of senior government Ministers and the Premier herself have visited the region over the last week of the campaign, promising funding to a range of initiatives from roads to legal centres to scout halls.

Labor’s shadow ministers have also bee spotted around the electorate, most notably at TAFE, the Gosford Waterfront and at the hospital.

The Greens candidate has made a strong impression on the media with a well articulated series of policy suggestions including faster railway services and TAFE funding.

The Coast Community News has assembled all the stories from all the candidates in one spot online at http://coastcommunitynews.com.au/election/ We trust interested readers will find this a convenient way to check out all the candidates and what they stand for.