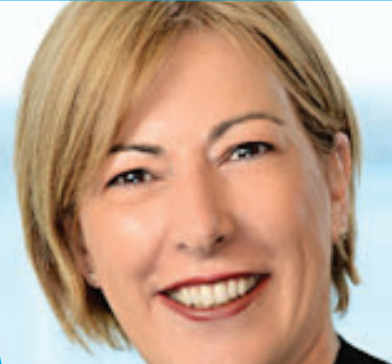 NSW Minister for Planning and Housing, Mr Anthony Roberts, has announced the appointment of a Coordinator General to oversee the revitalisation and growth of the Central Coast.

Ms Lee Shearer APM, former NSW Police Force Assistant Commissioner, and most recently, the Chief Compliance Offi cer for NSW Resources Regulator, under the Department of Planning and Environment, has been appointed to the position. The newly-created role will be responsible for driving the delivery of the Central Coast Regional Plan aimed at unlocking employment opportunities for locals, fast tracking of housing supply and improving infrastructure in the area. “The Central Coast is an area that is predicted to grow by more than 75,000 people in the next 20 years, and we are committed to help the region grow economically, meaning more jobs, housing and infrastructure,” Mr Roberts said. “The new role will help deliver the needs of the community, which will include identifying economic opportunities, accelerating housing and removing any roadblocks to implementing the regional plan.

“We’re going to do this properly, with the right resources, and ensuring that all of our State agencies and Central Coast representatives are at the table to pull this plan together and make it happen. “Ms Shearer is the perfect choice for this role. “Her energy, extensive experience in government, and local knowledge, makes me confi dent that the Central Coast community has the right person leading this program of revitalisation.” According to Mr Roberts, Ms Shearer will oversee a whole of government working group that includes the Central Coast Council and a new Community Consultative Committee whose members are integral to the growth of the region. The group’s focus will be coordinating NSW Government input into an infrastructure and employment plan, and a housing acceleration plan.

“We want to breathe new life into the centres of Wyong and Tuggerah, and there are plans for a vibrant new town centre in Warnervale. “While supporting the growth of the area, we need to look after the beautiful environment. “The Coordinator General will also ensure the protection of the region’s coastal areas and bush land and the wonderful lifestyle the locals, and visitors, enjoy.” Mr Roberts said the appointment showed how serious the NSW Government was about promoting the Central Coast and turning it into an economic and tourism powerhouse. Parliamentary Secretary for Planning and the Central Coast, Mr Scot MacDonald, said: “I am looking forward to working with Ms Shearer.

“A strong feeling in the Coast community is that the region was ignored under the previous Labor Government and decisions have been unnecessarily delayed because of poor leadership and coordination,” Mr MacDonald said. “This role is a great opportunity to help prepare the Central Coast for the population growth and economic opportunities as identifi ed in our Regional Plan.” NSW Opposition Leader, Mr Luke Foley, called the appointment “laughable”. “What a job; I mean, what the Central Coast needs is someone at the Cabinet table where decisions are made and the Liberals dropped the position of a Minister for the Central Coast,” Mr Foley said. “This is an act of vindictiveness really, because people here voted for Labor MPs,” he said. “What Labor would have would be a Minister from the Central Coast and a Minister for the Central Coast at the Cabinet table, ensuring there’s always a priority for job creation and the delivery of services and projects here,” he said.