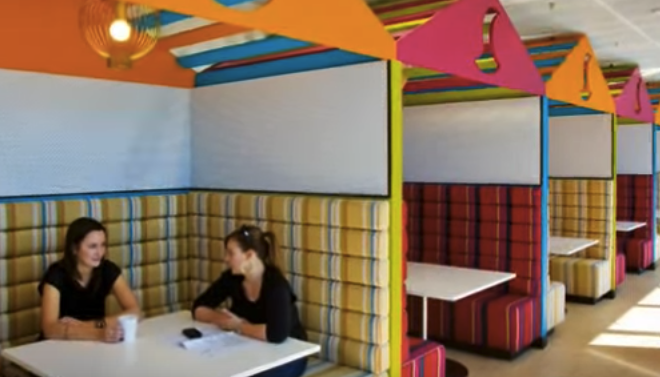 Inside the funky Google Australia Office

Google Australia should consider moving its Head Quarters to Warnervale , according to State Member for Wyong, Mr David Harris. Mr Harris said he wrote to Google Australia’s CEO, Mr Jason Pellegrino, asking him to consider moving operations to a Northern Central Coast location following Google’s decision to pull out of a deal to turn a disused power station at Sydney’s White Bay into Australia’s version of Silicon Valley. Mr Harris said his letter outlined the benefits of moving outside of Sydney to a regional area, which included “transport, affordability, lifestyle and connectivity”.

“Moving major companies away from the Sydney CBD can create incredible opportunities for employees and local economies,” Mr Harris said. “The Warnervale area offers some real opportunities and fast broadband and access to public transport need to be taken into account,” he said. “With Google pulling out of the White Bay Precinct, it’s a great opportunity to showcase what our region has to offer major corporations looking to stand out in the world marketplace through a commitment to regional economic development which aids jobs, congestions and lifestyle.”

Local digital entrepreneur and one of the founders of the new Central Coast Start IT innovation industries group, Mr David Abrahams, said he believed the Member for Wyong’s initiative was an excellent idea. “Innovation happens at the fringes,” Mr Abrahams said. “That is why Silicon Valley didn’t evolve in the middle of New York City or Washington,” he said. “Innovators and start-ups need to be at the fringes where it is affordable to get a new idea or a new business off the ground,” he said. Mr Harris said he had not received a response from Mr Pellegrino.