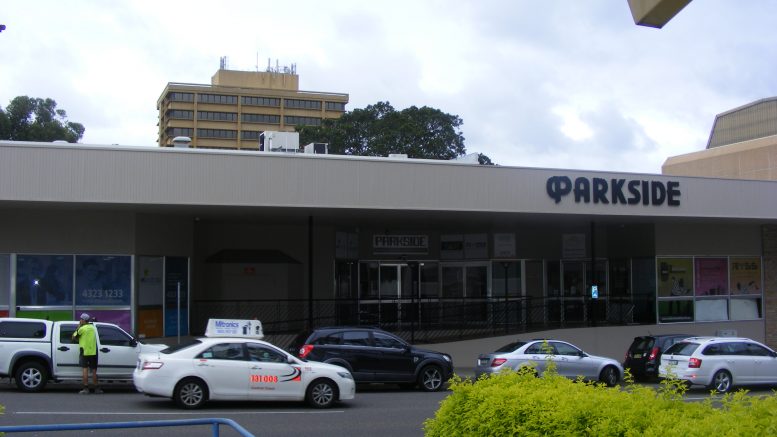 Central Coast Council announced, at its February meeting, that the Parkside Building on Donnison St, Gosford, is the latest preferred location for a Regional Library and Learning Centre.
Council considered a number of options and settled on the Parkside Building as the most appropriate location for the proposed state-of-the-art community and education space.
Over the years, preferred locations for the library have included the former Marketplace Shopping Centre (Kibbleplex) in Henry Parry Dve which it sold, and the Caddy Club next to the Gosford Council building, which council still owns.
Group Leader of Connected Communities, Ms Julie Vaughan, said the decision reaffirmed Council’s commitment to a Regional Library in the Gosford CBD.
“This is an important project for the Central Coast community and will be the focal point for library services across the region,” said Ms Vaughan.
“The Parkside Building presents a perfect location, right in the centre of the Gosford CBD.
“Staff will now begin designing detailed plans to redevelop the site into an engaging learning space that will effectively meet the needs of the community.
“We will also work with the current tenants of the Parkside Building to ensure that they are completely informed of the progress of this development and their future options.”
Council Administrator, Mr Ian Reynolds, said that Council would be working to ensure that the new Regional Library and Learning Centre and its services meet the needs of the community.
“We will be engaging with the community on the services they want from their Regional Library and how that can effectively complement our existing library services,” said Mr Reynolds.
“This is an exciting development for the Gosford CBD and illustrates the importance of Kibble Park as the heart of development in the area.
“We want to lead the way in revitalising Gosford, and this project is a fantastic starting point.”
Council will also liaise with the Federal Government and the Member for Robertson, Ms Lucy Wicks, to confirm the $7million funding for this project promised from the Department of Infrastructure and Regional Development’s Community Grants Programme.
Prior to the announcement of the site, Ms Vicky Scott, former Gosford Councillor, addressed Mr Reynolds.
“The history of the proposed Gosford Regional Library is a long one,” Ms Scott said.
“Residents paid a levy on their rates for over 20 years for their library.
“Normally, the Library would have been built in that time, but its history is one of changing decisions and consequently, we have been waiting 25 years for this library to be realised,” she said.
“This is not just a branch library.
“The intent for it has been for the library to be a new build, a building of some significance and a building which is intended to be Council’s contribution to the redevelopment of Gosford CBD.
“It is meant to be a library of the 21st Century to accommodate books, technical and digital services, meeting rooms for the public and for Council, educational facilities for residents, and to provide our senior citizens with a new centre which will meet their needs and give them a centre which is accessible, as the current centre has been problematic for years.
“While the $8.1million which is on hold from the levy will not be enough to construct this building, the intent has always been for Council to make up the difference, one way or another.
“The intent never was for this important library to be shoved into a vacant shopfront in Mann St, as was suggested in the last council.
“We see new infrastructure in the Wyong area by this amalgamated council in the form of the Wyong Art House, which was started by Wyong Council and completed by Central Coast Council, and the proposed sports centre at Tuggerah.”
Ms Scott said that if the site next door to the Gosford Council building (the Caddy Club) was not suitable, “then I would be happy for a new build site to be found closer to the centre of Gosford CBD, but I stress the urgency of this matter.
“Many of those who paid their share of the levy will not live to see the results of their commitment, if we do not act quickly.
“Given that we are now the Central Coast Council and Gosford has been deemed to be the regional capital, the Regional Library should be built accordingly,” Ms Scott said.
Ms Kim McLoughey from Regional Youth Support Services (RYSS), which currently occupies the Donnison Street building said she had requested a meeting with Council to discuss the selection of the site.
“We have been in discussion with Council for some time,” Ms McLoughey said.
“We have been given the word from Council staff that we will be looked after as part of the redesign of Gosford,” she said.
“We are looking at a collective of youth services and we will be able to provide more details when we have had our formal meeting with Council,” she said.

Full steam ahead for regional library

Do we really need a $30M regional library?

Regional Library to proceed but not until 2021