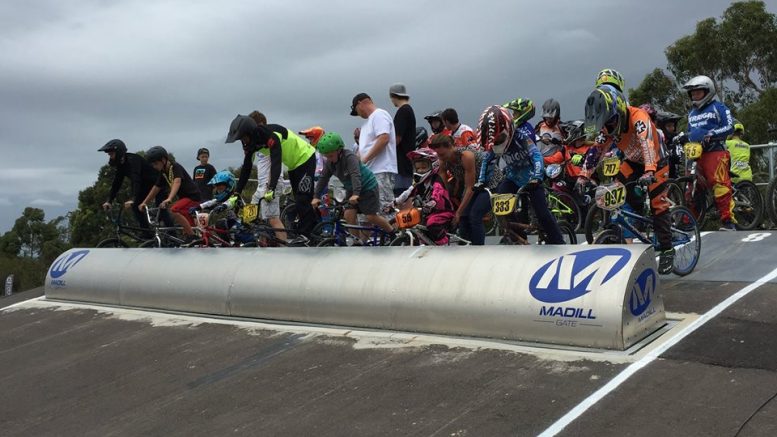 The Wyong region is set to receive a $640,000 grant out of a possible $9 million that was available as part of the NSW State Government’s Stronger Communities Fund.
The grant will go towards new amenities at the San Remo BMX facility, which officially opened on February 19.
The funding will provide an amenities building with change rooms, bathrooms, a canteen and officials room, as well as quality floodlighting, a playground and shade shelters.
The project is scheduled for completion before the end of 2017.
The San Remo BMX facility is one of 10 major projects on the Central Coast selected to receive a slice of the $9 million, after Central Coast Council asked the community to vote on what they wanted to see funded from 30 eligible projects in December last year.
Council formally endorsed the 10 community selected projects on February 22.
Council Administrator, Mr Ian Reynolds, said the funding was made available as a result of amalgamation and was designed to fast track the delivery of priority infrastructure and services that the Central Coast community need, want and value.
“These funds are additional to Council’s existing operational budget, so it means we can now get on with some projects that we know the community want,” he said.
Wyong residents could also benefit from two other Coast-wide projects selected for funding.
The Disability Matters project has been allocated $800,000 to improve accessibility to natural spaces such as beaches and lake reserves across the Coast.
The project includes enhancing accessibility and provision of beach wheelchairs at identified Central Coast patrolled beaches, as well as the trial and installation of an accessible fishing/water based activities platform at a suitable location.
In addition, access and inclusion upgrades to community facilities across the Coast has also been allocated $580,000.