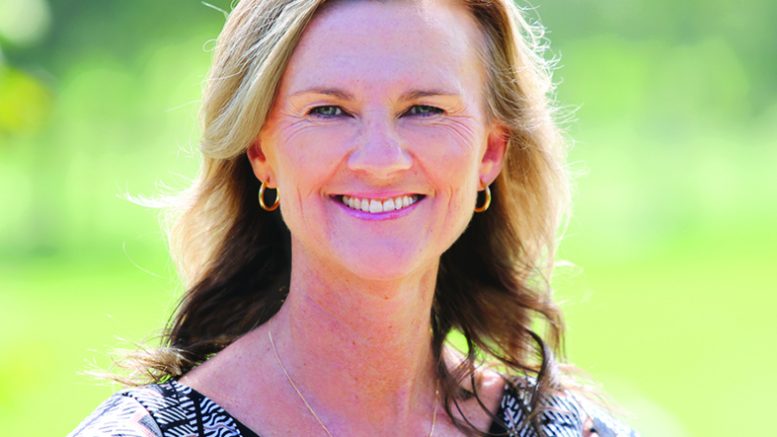 Ms Jilly Pilon has been announced as the Liberal candidate for the by-election in the Seat of Gosford.
Although she lives outside the electorate, Ms Pilon said she belonged to the Woy Woy branch of the Liberal Party, joining in January after she met the branch president at an event in the Central Coast Car Museum where Prime Minister Mr Malcolm Turnbull was speaking.
Ms Pilon said she was born in Gosford hospital in 1970, attended Erina Heights Public School and Terrigal High, and has called Wamberal (outside the electorate) home for most of her life.
She said her connections with the Gosford electorate were strong even though she lived outside its boundaries.
When she left high school she worked for the National Australia Bank for 12 years including stints in the Umina and Woy Woy branches.
“Dad was first manager of Woolworths store at the Imperial Centre,” Ms Pilon said.
“First he was the youngest manager in a variety store in Mann St, then he got sent to Sydney for a while and then he was the first manager at the Woolworths supermarket in the Imperial centre so I spent a lot of time in Gosford with dad.
In 2015, Ms Pilon’s youngest son, Banjo, was killed when he was hit by a car on his skateboard.
“Obviously the passing of Banjo changed all of our family’s lives for ever in many ways, and we were able to donate Banjo’s organs.
“He was able to save six lives including little babies, children and a grandmother and that is something we felt was right to do.
“It keeps him close and in a way he is still living,” she said.
“The community rallied behind us to put forward the idea of a skate park as a memorial for Banjo but also to help keep kids off the street.
“Mick and I are still working with Council to finalise the skate park after we successfully lobbied to get bipartisan support for $500,000 federal funding for the project.”
Encouraging people to consider organ donation has become a passion for Ms Pilon and she has been invited to the 2017 donate life forum in Brisbane in May.
Her other son, 14-year-old Fletcher, won Australia’s Got Talent in 2016.
“We took Fletcher down to perform at State Parliament at an education presentation last year.
“Parliament was sitting and we went into question time, and we were quite shocked by the whole process, and my son said ‘Mum I think you should get involved’, and that was another little thing that led to this commitment.”
Ms Pilon said she would do her best to connect with as many people in the electorate as possible.
“I think at the moment because it is just the first week, it is really about what the community wants from me so I am connecting, door knocking, meeting with different businesses, making phone calls.”
In terms of the priorities she had gleaned from her early conversations with voters: “Roads needs to be looked at and addressed further”.
On the loss of the Woy Woy Motor Registry, Ms Pilon said: “We see the new Services NSW as providing a lot more transactions.
“People can complete more transactions in the one location and have extended trading hours.
“People who use the services are really pleased with the service they are getting so it is proving to be a really successful one stop shop,” she said.