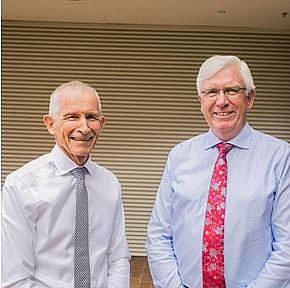 CEO of the Central Coast Council, Mr Rob Noble, has reassured Central Coast ratepayers that the new Council is “safe, financially stable and sustainable” following a forum at which Gosford residents expressed their disbelief and anger at the state of the former Gosford Council’s finances.
The residents’ forum was held at the Gosford Chamber of Central Coast Council on Monday, March 13, prior to an extraordinary general meeting to consider a resolution to refer the 2015-16 accounts of the former Gosford Council to Price Waterhouse Coopers and the NSW Auditor General for a further independent audit.
The state of Gosford Council’s finances made the front page of the Sydney Morning Herald on Monday, March 13, as, although the Council recorded a surplus of $33.3 million for the year up to its dissolution on May 12, 2016, significant corrections had to be made due to errors discovered in previous years’ reports.
Those errors resulted in a $1.39 billion write down of the value of the former Council’s fixed assets, including a $720 million write down for roads and drainage fixed assets.
Water and sewer assets had to be written down by $595 million to correct prior year errors.
Significant weaknesses in fundamental information technology and other internal controls were also identified during the preparation of the draft financial reports.
According to the report considered by Mr Reynolds: “Most notably those identified weaknesses included inoperative security controls that enabled a limited number of officers and software vendors to script changes, deletions or additions into the financial tables contained within the financial system of the former Gosford Council, without any effective control reporting or audit trail.
“In the absence of any reporting on changes made to the data, it is not possible to confirm of validate that no unauthorised changes were made.
“These serious control weaknesses affect the ability for the Central Coast Council to attest to the completeness and accuracy of some balances contained within the financial reports of the former Gosford Council for the 2015-16 reporting period”.
The Central Coast Council has referred these issues to external agencies for further investigation but would not confirm which agencies had been consulted.
However, in addressing the extraordinary meeting, Mr Noble said it was important for the new Council and the community to understand the financial reports referred to a “council that no longer exists.
“We need to move forward based on that background, some of which is unfortunate but we sit here today with a fully functioning authority,” Mr Noble said.
“I am very pleased to say in spite of all that has been reported, our organisation is safe, financially stable and sustainable.
“We have managed to verify the value of assets as of the beginning of this accounting period and we are very clear we have used all the appropriate methodologies to get that valuation right,” Mr Noble said.
Central Coast Council’s Chief Financial Officer, Mr Stephen Naven said: “Central Coast Council is in a very strong financial position and our plan is fully funded.
“Even after the adjustments detailed in the financial reports, Central Coast Council has fixed assets of over $9.5 billion.”
He said Central Coast Council was on track to record a surplus of $10 million for the 22016-17 financial year.