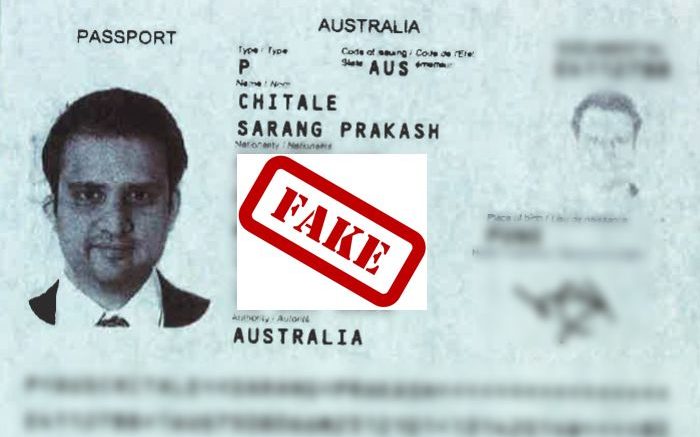 A facsimile of the doctor's fake passport - supplied by authorities

The Department of Health has moved to seize the Australian assets of fake doctor, Mr Shyam Acharya, who operated at four NSW hospitals including Gosford and Wyong from 2003 to 2014.
It was revealed Mr Acharya, who posed as Indian doctor, Mr Sarang Chitale, spent 11 years working in Sydney and the Central Coast and handled the medical care of potentially thousands of patients, was unlicensed and unqualified.
NSW Shadow Health Minister, Walt Secord, cautiously welcomed Health Minister Brad Hazzard’s announcement that he would conduct an investigation into the fake doctor.
However, Mr Secord said that investigation must be independent, external and public – with recommendations to prevent this happening again.
“This sorry saga has spanned 12 separate State and Federal Governments, so admittedly, an independent investigation could be embarrassing, but it is necessary to restore confidence and protect the integrity of the NSW health and hospital system.
“Over 11 years, the fake doctor’s activity would have touched thousands of patient’s lives and their families.
“Thousands of patients and their families have question marks over their treatment,” Mr Secord said.
NSW Health has launched an independent review in order to find out just how Mr Acharya was able to live and work under false documentation for so long without attracting the suspicion of health authorities.
The 41-year-old Indian National has reportedly been tracked to India by New South Wales Police.