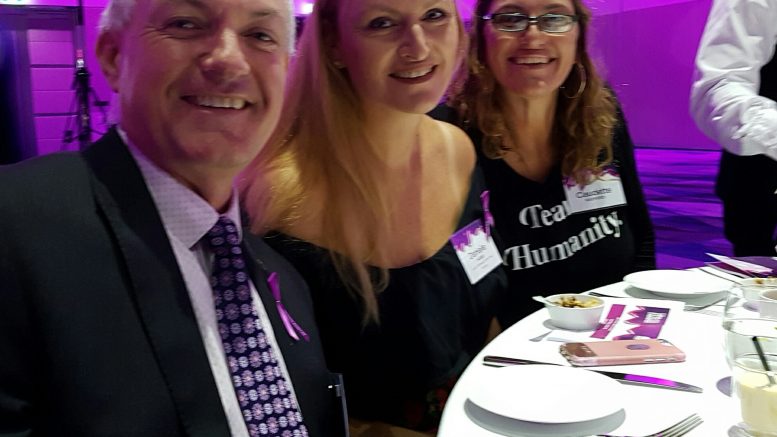 From left: Member for Wyong, Mr David Harris with Danielle Habib and her sister Claudette

Member for Wyong, Mr David Harris, has confirmed his nominee for the Wyong local woman of the year as Ms Danielle Habib of Chittaway Point.
Ms Habib has been active in community organisations including White Ribbon, the Central Coast Domestic Violence Committee and the Central Coast Women’s Health Centre.
She has sat on Wyong Council’s multicultural advisory committee and volunteers to assist migrants and refugees in settling into communities.
“Danielle is a thoroughly impressive woman, not many people can say they dedicate so much to people who have so little,” Mr Harris said.
“Danielle is a well-known Central Coast identity who doesn’t seek recognition for the important work she does.
“This nomination is a chance to say “thank you” on behalf of the Wyong and wider Central Coast community.”
Ms Habib said she was humbled to have been chosen for the award.
“There are so many deserving women in our community that give their time and energy tirelessly to so many worthwhile issues,” Ms Habib said.
“It is important that we all stand up against violence in our community and see that through the use of sexist jokes and language, and the objectification of women, that it leads to a culture of violence against women.
“As a community we can challenge these values and be a part of the changing attitudes towards women.”