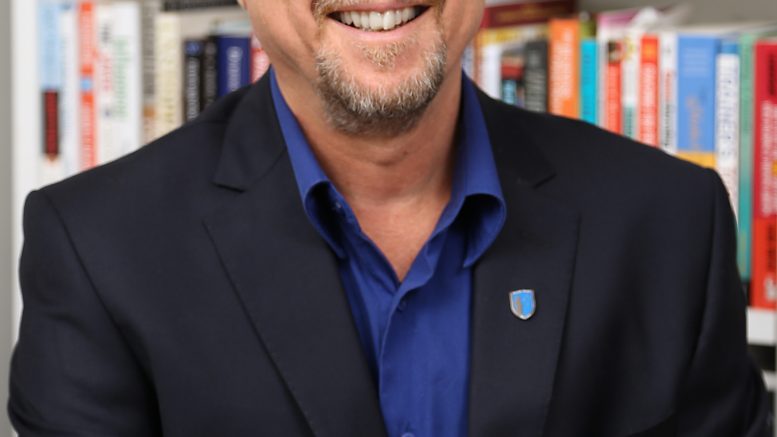 Gosford City’s 2016 Citizen of the Year, Mr Andrew Church, will stand as the Christian Democratic Party’s candidate in the Gosford by-election on April 8.
Mr Church, who is married with three children, grew up on Sydney’s Northern Beaches, but moved to Gosford 25 years ago.
He established his own businesses and has two training organisations: Eagle Wing Education and Training, and a highly specialised training academy, Kreative Kaizen.
Mr Church is Director of RHEMA FM Gosford, Chairman of the Central Coast Interactive War Exhibit Inc. and a Board Member of Rise Up Foundation, an organisation that helps youth with eating disorders.
He is also a member of the Gosford City Chamber of Commerce and a member of the Gosford National Service Re-Enactment Group, which sees him take part in ANZAC Day and Remembrance Day activities.
Mr Church has written seven books, including the best seller How to Solve Your Problems without A Super Hero: A DIY Guide for the Mere Mortal.
Through these experiences, Mr Church’s expertise has become highly sought after by major Australian companies such as WH Williams, Hamilton Island Enterprises, Nudie Juice, Baiada Chicken, Sandvik Australia, and CBC Bearings.
Mr Church is keen to use his party’s balance of power in the NSW Legislative Council to push his policies.
His first target is close the level crossing at Woy Woy and replace it with an underpass..
“After about 40 years of Labor representation in the State Parliament and about four years of Liberal representation, this is the golden opportunity to give the CDP a go at fixing this mess,” he said.
Mr Church would also like to reopen a Service NSW branch on the Peninsula and open the Gosford Performing Arts Centre.
He is opposed to having another government building on the site of the old Gosford Primary School.