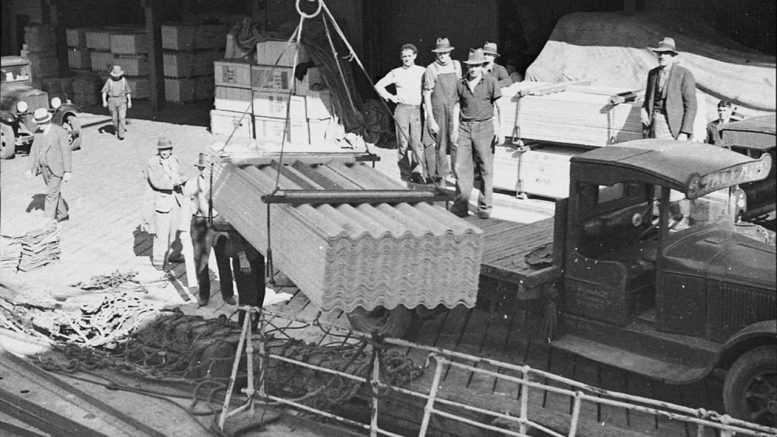 Asbestos products were widely used and exported in Australia up until the 70s.

The first ever policy for asbestos management on the Central Coast will be placed on public exhibition, following its endorsement by Central Coast Council Administrator, Mr Ian Reynolds.

The policy is based on the Model Asbestos Policy for NSW Councils, released by the Department of Premier and Cabinet, which requests Councils to review their current asbestos management policies and amend where necessary. Mr Reynolds said that at the time of amalgamation, neither the former Wyong nor Gosford Councils had an Asbestos Management Policy. “There is a genuine concern about handling this potentially deadly product and it is time we had a consistent approach to its management across the entire Central Coast community,” Mr Reynolds said.

“A product which unfortunately was commonplace in building materials right across Australia between the 1940s and the late 1980s, is still having repercussions over a decade since being banned.” “That is at the heart of this policy. “It provides all the information Council and the community need to manage asbestos risk and sets out roles and responsibilities that are consistent across NSW, so that we all know where we stand and are doing the right thing.” The new Draft Asbestos Policy will go out on public exhibition shortly and residents are encouraged to comment via Council’s Your Voice Our Coast website.