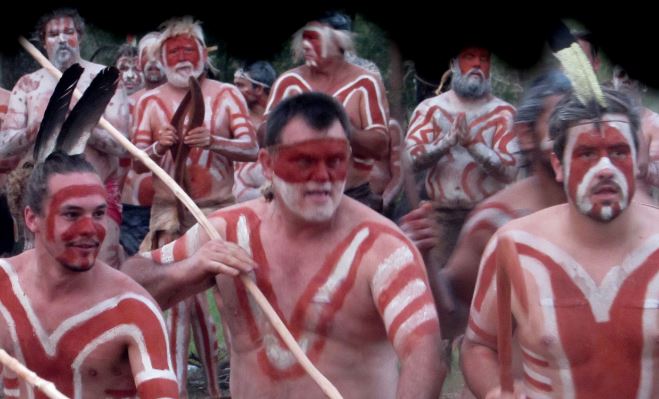 An Aboriginal Corroboree and Cultural Festival will be held at Calga

The Australian Walkabout Wildlife Park will be hosting the Central Coast’s first Aboriginal Corroboree and Cultural Festival.
The festival will have a variety of workshops which will include stone tool making, wood and tool making, fire making, and reserved workshops that talk about issues such as mental health.
Traditional dancing, didgeridoo music and clap sticks will also be on display as well as a wellbeing workshop by Paul Callaghan, the author of the Dreaming book, Iridescence.
Tim Selwyn, the organiser for the Aboriginal Corroboree and Cultural Festival said he was excited to teach the people of the Central Coast about the society and culture of the Darkinjung and Guringai tribe in a way that engages members of the local community.
“The Central Coast is one of the fastest growing Aboriginal cultures in Australia.
“This festival is very much directed at showcasing our culture and showing people the continuation of our culture rather than looking at a museum or Google, or studying from a book.
“It’s a continuation of our culture that is alive,” Mr Selwyn said.
The festival will be held at night under the stars of the wildlife sanctuary, and is set to attract hundreds of people.
“It’s on in the night time because we will be talking about the stars and the constellations and the stories in relation to that.
“We’ve got people coming from the Blue Mountains, and we’ve got people coming from the Shoalhaven area as well to participate, as well as the Central Coast mobs and Newcastle,” Mr Selwyn said.
The festival will be a family-friendly event, and providing the event is successful, it may be held monthly.
“I’d like to make this at least an annual event where the profit that we make goes back into the Aboriginal charity or group at the time, that’s the whole idea behind this little festival, to put money back into the community,” Mr Selwyn said.
People will also be afforded the opportunity to meet the animals as the bush wakes up when the sun goes down.
Mr Selwyn emphasised the importance of forming a connection through the community in the Aboriginal Corroboree and Cultural Festival.
“There can never be enough education with Aboriginal knowledge, its endless.
“It’s all about inclusiveness and sharing our knowledge and sharing stories really.
“I think that Aboriginal people in particular are starving to reconnect, families want to have a look for their connection, their grounding.
“We need to find our roots, our feet, we need to be solid again, we need to go back to our community basis,” Mr Selwyn said.
The event will be held on February 18 from 6:30pm and 10:00pm.