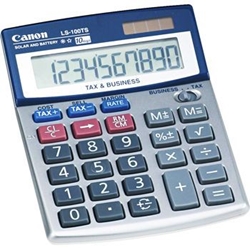 Pauline Hanson’s One Nation party, which has been enjoying a resurgence in popularity across the country, has not been registered as a political party in NSW and so will not be able to run candidates in the Gosford by election.

Ms Hanson has said that she intended to have the party registered to contend the NSW State election in 2019. However, One Nation supporters could run in the Gosford byelection as independent candidates. Shortly after the announcement of Ms Kathy Smith’s resignation as the State Member for Gosford, Sportsbet tipped Labor to win the by-election but also predicted that One Nation had a better chance of winning the seat than the Liberals.

Mr Will Byrne from Sportsbet said: “The Liberals would usually be challenging for favouritism, but it’s One Nation who follow Labor ($1.60 to win) at odds of $4. “Further down the pecking order on $5 is the Liberal Party, with the Christian Democratic party (Fred Nile $51) and Greens ($101) large outsiders.

“The Liberal Party lost Gosford at the election by only a couple of hundred votes, but this time the odds are very much against them reducing that margin and it looks a safe Labor hold,” Mr Byrnes said. Independent candidates could spoil Sportsbet’s predictions. Former Liberal Member for Gosford, Mr Chris Holstein, who lost the seat at the last NSW state election to Ms Smith by 203 votes, has not ruled out having another tilt at the bear pit, this time as an independent. “I am going to weigh up who is there and whether they have the interests of the Central Coast at heart,” Mr Holstein said.

Mr Holstein expressed his sympathies for Ms Smith and her family and said he would “pray Kathy Smith gets a positive outcome” from her next round of cancer treatment. “We will need to look very closely to see the quality of candidates from all parties,” he said. Mr Holstein is currently the Chairman of the Central Coast Taskforce, an advocacy group set up and backed by entrepreneur, Mr John Singleton. “The job of the Taskforce has always been to point out to the government what it needs to do for the Central Coast community,” Mr Holstein said.

Mr Singleton has property development interests which may mean he is a prohibited donor in NSW. The NSW Electoral Commission lists property developers as prohibited donors and defi nes them as: “a corporation engaged in a business that regularly involves the making of relevant planning applications by or on behalf of the corporation in connection with the residential or commercial development of land, with the ultimate purpose of the sale or lease of the land for profit”. The Commission also defines a “close associate” of a banned donor and gives provision for entities to “apply to be determined as not a prohibited donor”.