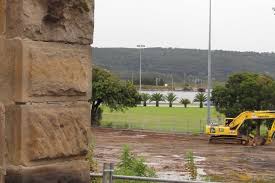 Central Coast Council is holding a meeting with key stakeholders to provide an update on the Regional Performing Arts and Conference Centre project.
Council contacted identified key stakeholders via email to invite them to the meeting, to be held on February 9, in the Laycock St Community Theatre’s Don Craig Room.
According to Council’s invitation, the meeting agenda includes: An overview of the project; a project site investigation; clarity on the project’s next steps; and further input from stakeholders regarding the project.
Key stakeholders identified by Council include: Regional Development Australia, Gosford Musical Society, Woy Woy Little Theatre, Friends of the Performing Arts Precinct, Conservatorium of Music, Youth in Performing Arts, Central Coast Dance Festival and NAISDA.
Council’s Group Leader of Connected Communities, Ms Julie Vaughan, said the meeting is being held as a courtesy to those stakeholders who had already been working with Council on the Regional Performing Arts Centre.
“It is literally being held, just in good spirit, to test our thinking with those stakeholders,” Ms Vaughan said.
She acknowledged that both the Federal and State Government funding for the project could be placed in jeopardy because “there has not been a lot of delivery on promises”.
Ms Vaughan said she had been involved in the development of The Art House theatre in Wyong, and expected the February 9 meeting to be one small step in many stages on community consultation.
She said she hoped the community would understand that the scope of the Regional Performing Arts Centre project was at least double that of The Art House and that a great deal of work needed to be done to hit upon a project with the scope that would deliver both affordability and creativity for the community.
“We know this has been going on for years, and during that time, multiple sites have been identified, none of which has met the needs of a regional Performing Arts Centre,” she said.
“The message we want to get across about this project is that we want to start to rebuild the community’s confidence and the government’s confidence.
“In every element of the Council’s executive team, our focus is to be open and transparent,” Ms Vaughan said.
“This is good news; there is a long way to go, but we have clear ways forward with the RPAC,” she said.

Hart takes the reins as the new Administrator