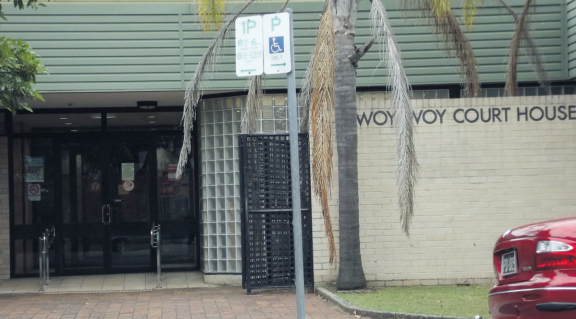 Peninsula lawyers have written collectively and individually seeking the retention of the Woy Woy Local Court.

They wrote a joint submission to Parliamentary Secretary for the Central Coast, Mr Scot MacDonald, following their meeting with him on January 19. Representatives from Coastlaw, David Kelly lawyers, Ryan and Seton, Tonkin Drysdale Partners and Central Coast Community Legal Centre, had earlier written individual letters in response to the proposal. Mr David Kelly from David Kelly Lawyers said: “The closure of Woy Woy Local Court will prejudice our clients who reside on the Peninsula. “The majority of our clients are based at the lower end of the socio economic spectrum.

“The closing of Woy Woy Local Court will impact on their ability to access a proximate court and place further burdens upon them both financially having to either travel to Gosford or Wyong Local Court. “The Woy Woy Local Court is a valuable and practical asset. “It should not be closed,” Mr Kelly said. Mr Michael Seton of Ryan and Seton Lawyers wrote to the Central Coast Law Society to state that his fi rm “wholly and unreservedly” opposed the proposal. Mr Seton said he wished to clarify that his fi rm would financially benefit from the proposed changes but remained opposed to them. “The Peninsula community will lose its sole avenue for effi cient, affordable and accessible justice,” Mr Seton said.

“This will be the case for civil and criminal litigants, including victims, alike. “It is the vulnerable people in the community that will suffer fi rst and suffer greatest with this proposal,” he said. Mr Paul Mereniuk from Peninsula Law wrote directly to the Chief Magistrate: “We would say that the proposal of cessation of the Adult List Day at Woy Woy Local Court will result in a 25 per cent increase in the work load at Gosford Local Court.” Mr Mereniuk said he disputed claims that the changes would result in 12 extra adult sitting days in Gosford, arguing instead that the total would be eight. “The Gosford Court House facility struggles to accommodate the stakeholders it currently services for both the District and Local Courts,” he said. “The proposed increase work load has not been met by any increase in rooms available for conferencing clients or for accommodating victims of domestic violence. “This will also result in security issues and the need for conferencing of clients in public as opposed to private spaces. “This is totally inappropriate,” he said.

The partners of Tonkin Drysdale also wrote to the Chief Magistrate and described his proposals as “unfathomable”, pointing to the Peninsula’s long history of a Local Court service to a growing population. “The cessation of the criminal, family and civil jurisdictions of the Local Court will be a great loss and shock to the community. “It will lead to signifi cant negative outcomes for the administration of, and access to, justice on the Peninsula. “The only argument that could realistically be claimed by our political masters to improve services to a community by actually taking away the service is a perception of cost-saving, perhaps more correctly described as cost-shifting. “It is a fallacy.”