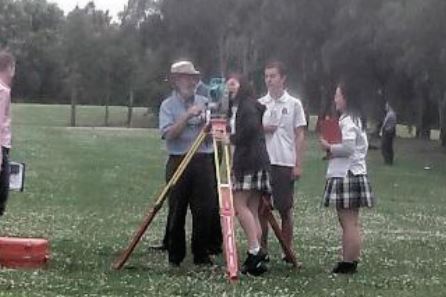 Henry Kendall High School achieved its highest ever HSC results through the 2016 Year 12 cohort, according to Principal, Mr Andrew Backhouse.
The highest possible band, band 6, accounted for 8 per cent of the total results, the highest number ever achieved at Henry Kendall.
This is also the third consecutive year that the school has bettered its previous best results.
On top of this, 29 per cent of results were also in the top two bands (bands 6, 5), with 58 percent in the top 3 (bands 6, 5, 4).
Mr Backhouse also said that nearly half the courses taught during 2016 had students attain results in the 90 percentile (band 6).
The 2016 student bodies’ highest ATARs were achieved by Seo Kyoung Inn with a 96.8 ATAR, closely followed by Emilia Gibson with a 96.4.
“Congratulations to the students of the 2016 Year 12 cohort, and to the fabulous teachers who have taken them through.
“In the past three years, we have consecutively attained the strongest HSC results in the school’s history, and have been placed as the top comprehensive school on the Central Coast in the HSC for the past three years, an achievement we are very proud of,” Mr Backhouse said.

Mental health support for Class of 2020

Kaylah can’t wait to get back to school