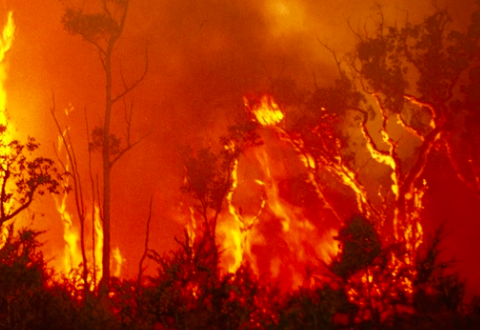 A man has been charged following a bushfire at Mangrove Creek.
Shortly after 12am on February 12, emergency services were called to a bushfire on Mangrove Creek Rd, Mangrove Creek, following reports of a fire.
Officers from Brisbane Water Local Area Command and Rural Fire Service attended and commenced investigations.
The fire was observed in two locations.
The fire was extinguished and no building structures were damaged, other than vegetation.
No one was injured during the incident.
A 40-year-old man was arrested at the scene and taken to Gosford Police Station where he was charged with set fire to land of other during total fire ban and intentionally cause fire and be reckless as to its spread.
He was refused bail to appear at Wyong Bail Court on February 12.
Police and emergency services continue to remind people to report any suspicious activity about people they believe may be involved in deliberately lighting bushfires.