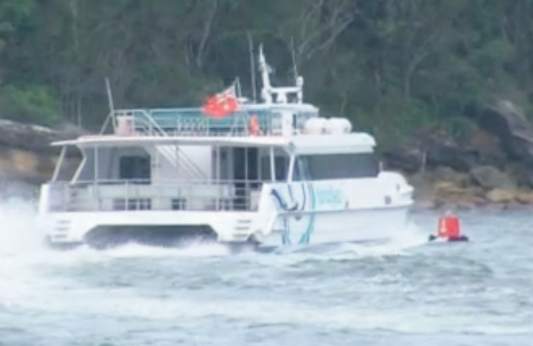 Central Coast Council has told the NSW Cabinet that dredging the Ettalong Channel is a key issue for the region.

“There is an urgent need to address the ongoing closing over and narrowing of the entrance bar at the Ettalong Channel so that it is safer and more navigable under all conditions,” the Cabinet was told in briefing notes prepared by the Council. The notes were presented to the NSW Cabinet when it met on the Coast on February 9.

“The coastal headland of Box Head marks the northern entrance to Broken Bay from the Tasman Sea,” the notes stated. “The Ettalong Channel is the only entry point to Brisbane water which is a tidal arm of Broken Bay surrounded by coastal villages and featuring commercial enterprises and recreational activities.

“The channel entry is used by commercial fishermen, public ferry transport, community recreation and tourism ventures. “The natural beauty of the area, close proximity to Sydney and improved marina facilities are attracting more and more recreational and commercial vessels, resulting in increased traffic wishing to use the entrance.

“Combined with the forecast growth projected for the Central Coast region, the problem will continue to escalate. “Commercial and private vessel operators regularly report bottoming out of their vessels causing damage and safety concerns as they are forced to navigate too close to the rocky public foreshore.

“The passage has now reached a point where many of the larger recreational vessels that did travel to the Central Coast on day and overnight trips have halted due to the danger of the entry. “The direct impact is a loss of economic activity for the region. “Improving the entry through regularly dredging the channel will bring enhanced navigational safety encouraging growth in commercial and recreational boating activity and realising fl ow-on economic benefits for the region.” President of the Peninsula Chamber of Commerce, Mr Matthew Wales, said the NSW Government had assured him that it was looking at funding models for dredging of the channel. “We have been pushing the State Government for years and we have said we don’t care who does it so long as the job gets done,” Mr Wales said.

This article first appeared in the Peninsula News

Stephanie Foster is Terrigal Electorate’s Local Woman of the Year