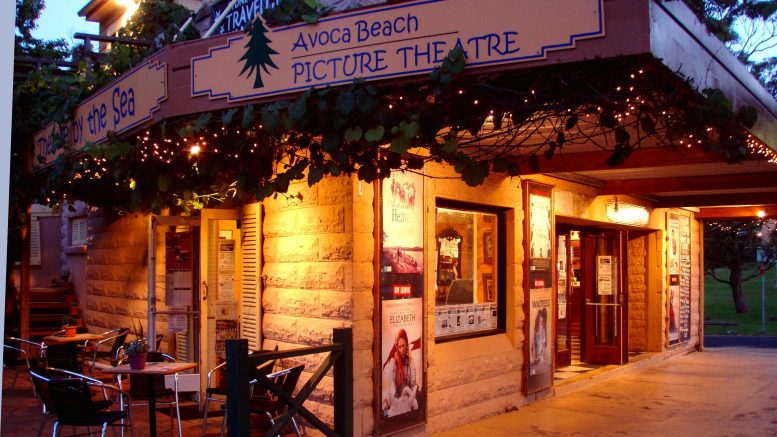 Central Coast Council has argued that the Land and Environment Court should dismiss an appeal by Norman and Beth Hunter and uphold Council’s refusal of the application to redevelop the Avoca Beach Picture Theatre.
The Council confirmed its position in a written statement to Coast Community News on Monday, February 6.
A Land and Environment Court hearing took place on site at the Avoca Beach Picture Theatre at 10:00am on February 21.
Beth and Norman Hunter, the owners of the Avoca Beach Picture Theatre, took their fight to redevelop the theatre to the Land and Environment Court following the former Gosford Council’s refusal of their development application in June 2015.
The Hunters subsequently lodged an application to Council to review the DA in November, 2015, and shortly after, commenced action in the Land and Environment Court.
A Section 34 conference was held at the Avoca Beach Surf Club in June 2016 and amended plans were subsequently submitted to Council.
Those plans were advertised by Central Coast Council in October, but not in this newspaper.
The number of cinemas and the size of the residential units that were part of the Hunter’s $7.1 million redevelopment plans were reduced in the latest amendments.
However, the Hunters and Council have not been able to reach an agreement, so the Land and Environment Court (LEC) hearing will determine the outcome of Mr and Ms Hunter’s 14-year battle to redevelop the theatre.
Spokesperson for Avoca Theatre Preservation Inc, Mr Mike Rubbo, was first to speak at the LEC hearing on February 21.
Prior to the hearing Mr Rubbo said he would be reinforcing the organisation’s views that the theatre did not need to be redeveloped to be a viable business and that the Hunter’s plans did not preserve the heritage values of the theatre.
“There is more to preserving the heritage value of the theatre than retaining an interior auditorium,” Mr Rubbo said.
“To be serious about retaining the theatre’s heritage value, any redevelopment would need to preserve the lobby, the scale of the existing theatre, access to the lawn and all the things that make the theatre charming and historical,” he said.
An email from Ms Elaine Odgers Norling, Coordinator of the Avoca Film Group said: “Without development, the Theatre cannot remain as a viable economic business given the strictures of the film industry.”
A second day of the Land and Environment Court hearing took  place in Sydney on February 22.