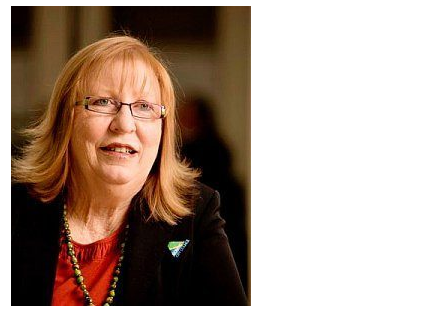 The NSW Branch of the Australian Local Government Women’s Association (ALGWA) is urging Premier Gladys Berejiklian to put a stop to council amalgamations.
State President of ALGWA, former Gosford Councillor, Ms Vicki Scott, said the Association had urged Ms Berejiklian to cease current legal actions with those affected councils who are fighting forced amalgamations, immediately halt any further action on amalgamated councils, hold plebiscites as soon as possible, prior to an election, to determine the community’s preferences regarding all of those amalgamated councils, regardless of their location, which have already been formed.
Finally, ALGWA has called on the Premier to ensure that residents in affected areas can go to election as soon as possible to elect their democratic representatives.
“Our organisation has serious concerns about the numbers of women in Local Government being further impacted by the amalgamations (both elected representatives and senior employees),” Ms Scott said.
“No consideration or plan was ever made by the Baird Government to address that in this amalgamation process,” she said.
“Women in communities around the State are concerned about the effect amalgamation will have on their families.
“It has already had a dramatic effect on: elected representation for residents; council staff and their families; and the availability of local jobs.
“ALGWA understands that a number, if not all, of the new amalgamated councils: are still operating under separate budgets; are still operating separate workloads (ie, under the old LGA areas); and, will not be ready for the proposed local government elections in September this year.
“With separate council budgets and working procedures still in place for amalgamated councils, and an apparent delay in elections, the merger process needs to cease immediately.
“Services for local areas would not be impacted, local government would remain local and community engagement returned with elected Councillors.
“A huge democratic issue in this process is the continued lack of elected representatives in 19 Local Government areas across the State.
“Inadequate planning and public consultation has meant that the whole amalgamation process has been a shambles and has only succeeded in upsetting a large portion of NSW’s residents.
“This needs to be addressed quickly and smartly.”