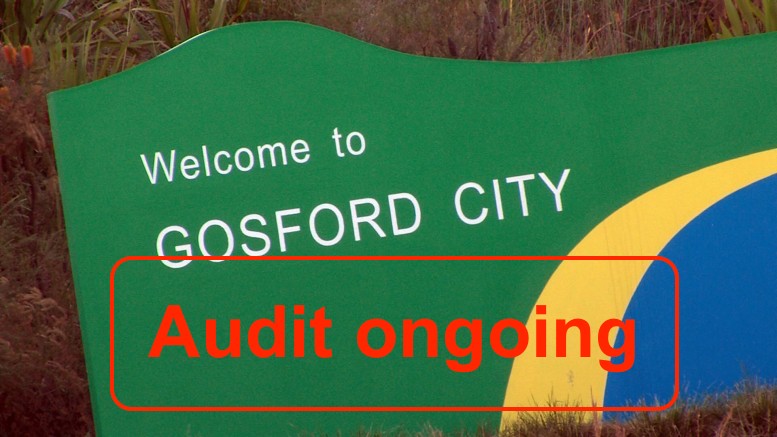 Parliamentary Secretary for the Central Coast, Mr Scot MacDonald, has said he will take the accounts of the former Gosford Council to the Office of Local Government if he has any questions about their veracity.
The accounts for the 2015 to 2016 financial year (up to May 12) are now expected to be presented to Mr Reynolds at Council’s March 22 meeting for referral to the auditor.
The audit was due for completion before Christmas, but Mr Reynolds said Council had requested extra time due to the auditors not being familiar with Gosford’s systems.
“From what I have been told from Central Coast Council, they have had a lot of difficulty proving their accounts,” said Parliamentary Secretary for the Central Coast, Mr Scot MacDonald.
“The current Administrator and his Interim CEO have been saying there were question marks around the accounts,” Mr MacDonald said.
“That begs the question, will we have the new Council, when it is elected, saying it is going to need another $5 million or $15 million?” he said.
Mr MacDonald said due to his accountancy background, he understood how the way that assets were valued, for instance, could alter the outcome of a balance sheet.
“An unexpected shortfall would result in less money for roads, kerb and guttering,” he said.
Mr MacDonald said the finalisation of the Gosford accounts would be a “light bulb moment” for the new Council.
“They can then say we are now happy with the books, have identified a backlog and then ask the State Government if it can help out.”
Although Mr MacDonald reiterated that the newly-merged Central Coast Council cannot stray from its current rates path for three years, a rate increase may well be on the cards beyond that date.
“The rate caps are very low at the moment, they are like inflation, around 1.82 per cent, so they will have to go to their community and ask for a Special Rate Variation and say they need an extra per cent for so many years to cover the backlog.
“If I have any concerns about the accounts, I am going to be going to the Office of Local Government saying: “I want a truth test on this.
“I want to be very confident of their accounts, their balance sheet position and their infrastructure backlog position, and if that means another auditor taking a look, so be it.
“I will be expecting a very important, very thorough assessment of this.
“Until you can measure it, you can’t manage it, and I think that is glaring.
“I am looking for clarity and I am looking for them to be verified, so once the auditors sign off, then the Office of Local Government can be comfortable the auditors have done their job.”