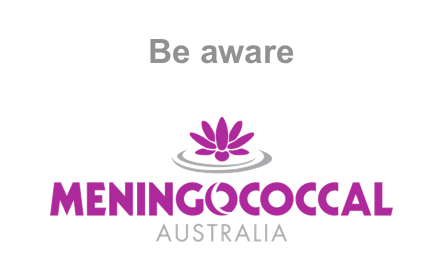 The public has been urged to be alert to the symptoms of meningococcal disease as a result of the two confirmed cases. A 21 year old male was responding well to treatment and was in a stable condition. A 52 year old female was transferred to a Sydney hospital for further treatment but has since passed away.

Household contacts of the patients have been prescribed clearance antibiotics. The two cases were not related, and there were no links between these cases and any previous cases. Central Coast Local Health District Public Health Director, Dr Peter Lewis, said late winter and early spring were the seasons when meningococcal disease tended to be most prevalent, although cases presented all year round. “Most cases occur among infants, young children, teenagers and young adults, although people of any age can be infected. “Meningococcal disease can be very severe, and people infected with it can become extremely unwell within hours of the first symptoms appearing, so it’s important to be aware of the symptoms,” Dr Lewis said.

Symptoms of meningococcal disease may include sudden onset of fever, cold hands and feet, limb/ joint pain, nausea and vomiting, headache, neck stiffness, dislike of bright lights and a pin-prick rash changing to large red-purple blotches that don’t disappear with gentle pressure on the skin. Babies and very young children may also experience irritability, have difficulty waking, rapid or laboured breathing, diarrhoea, a high-pitched cry or refuse to eat. A rash does not always appear or it may occur late in the disease. “It is also important to note that not all of the symptoms of meningococcal disease may be present at once,” Dr Lewis said. “If anyone suspects meningococcal disease, they should see a doctor immediately and return if symptoms worsen.”

Dr Lewis said the most common serogroups of meningococcal disease in Australia are B, C, W and Y. A vaccine is available for meningococcal C which is included in the National Immunisation Program schedule and recommended for all children at one year of age as part of the free routine immunisation. A vaccine against some serogroup B strains has recently become available in Australia, recommended for young children and adolescents, but is not part of the National Immunisation Program schedule. “As we don’t routinely vaccinate against all strains of meningococcal disease, it’s important to be on the lookout for the symptoms, even if you have been vaccinated against C and B,” Dr Lewis said. In 2016 there were four confirmed cases of meningococcal disease in the Central Coast Local Health District area.