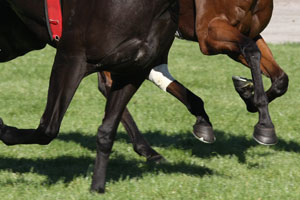 Racehorse training at Gosford racecourse has been given a new lease of life.

The Gosford Race Club and Racing NSW have announced the continuation of racehorse training at Gosford racecourse beyond December 31, 2017.

“Following discussions between the Club and Racing NSW, it has been determined that training will continue indefinitely at Gosford racecourse,” Racing NSW Chief Executive, Mr Peter V’landys AM said. “I am delighted to achieve such a positive outcome for existing Gosford trainers and the industry more broadly,” Gosford Race Club Chief Executive, Mr Daniel Lacey said. “Racing NSW has been extremely supportive of our trainers and has recognised the importance of Gosford not only in its current form but also for future expansion,” he added.

In recent months both Racing NSW and the Gosford Race Club have consulted with participants, studied relocation options and revisited factors that are important for growing interest in horse racing in the region. “Racing NSW has concluded that the continuation and preferably growth of training at Gosford racecourse is the best outcome for thoroughbred racing,” Mr V’landys said. Racing NSW had previously committed further funding for remediation of the Pro-Ride fast work track, which at the time extended training at Gosford by a year to December 31, 2017. Racing NSW and the Gosford Race Club are continuing discussions with respect to a package of funding to support future racehorse training at Gosford.

“There is likely to be a need for investment in training infrastructure and possibly stabling at some point in coming years. “However at this time, it is vital participants be provided with certainty,” Mr V’landys said. Thoroughbred racing contributes more than $71 million annually to the economy on the Central Coast. “The Central Coast is a growing region and it is important for racing that everything is done to continue to engage with its population. “We believe the continuation of training at Gosford racecourse is an important part in providing the best opportunity to further grow racing in the area,” Mr V’landys continued. Gosford Race Club Chairman, Mr Michael Cusick, welcomed the continuation of training, noting its importance for the region. “The Board has always been supportive of the ongoing use of Gosford as a training venue but we are conscious of the need to be viable,” he said. “It will bring more jobs to Gosford and more owners to the industry. “It’s a win-win all round and I thank Racing NSW for its support with this matter,” Mr Cusick added.

New $4.2M training track at Wyong Race Club will be a gamechanger