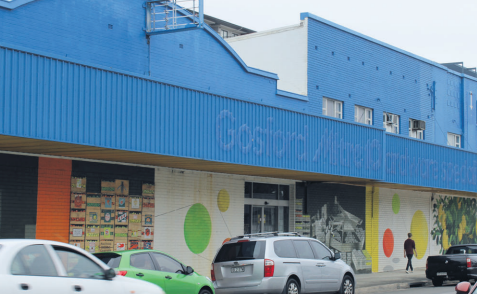 The Gosford Waterfront Alliance (GWA) has asked Central Coast Council to explore ways to purchase the remainder of the former Gosford Public School land and move the proposed NSW Department of Finance building to the other end of the CBD.

The high-level meeting would discuss options for Council to purchase the remaining portion of the school site, and how to facilitate the NSW Department of Finance building onto another NSW Government site in the CBD. Ms Braund said both outcomes were “very possible” and would send a positive message to Coast residents that the implied social contract made with the community to build a RPAC on the site of the former school was being honoured. “It would also take much of the heat out of the current debate and create a focal point for positive activity on the waterfront,’ she said. Ms Braund said there were a number of more appropriate CBD sites for the finance building, including the former Mitre 10 site, which is currently owned by the NSW Department of Housing. “This would create an opportunity to activate a dead site in the city, which is currently being land banked by the State Government for affordable housing, a use which may not be entirely compatible with the area.

“We urgently need the decision making bodies, State Government and local representatives to sit down and talk this issue through. “At the moment it appears as though everyone is talking to noone who appears to be talking to someone.” Ms Braund said the GWA had sent letters to the Regional and Central Coast Chambers of Commerce in November with an invitation to support this compromise position. This followed a meeting with members of the executive of both business groups.

She concluded that if Mr Reynolds could negotiate to secure a major portion of the former Gosford Public School site for the RPAC and have the fi nance office relocated to the CBD, he would provide the incoming Council with a great opportunity to bring people together to work on a positive community project. In a written statement, Central Coast Council said: Council was pleased to have met with representatives of the Gosford Waterfront Alliance to discuss their ongoing interest in a Regional Performing Arts Centre (RPAC) for Gosford following the conclusion of their legal action regarding the ATO proposal.

“In relation to the balance of the old school site, the development application for the proposed fi nance building is currently before the Joint Regional Planning Panel (JRPP) for determination. “The JRPP process is independent of Council. “In the meantime, Council is actively assessing a range of potential sites for an RPAC in conjunction with relevant stakeholders, with a view to progress this important project in a location that will maximise its benefit to the community.”