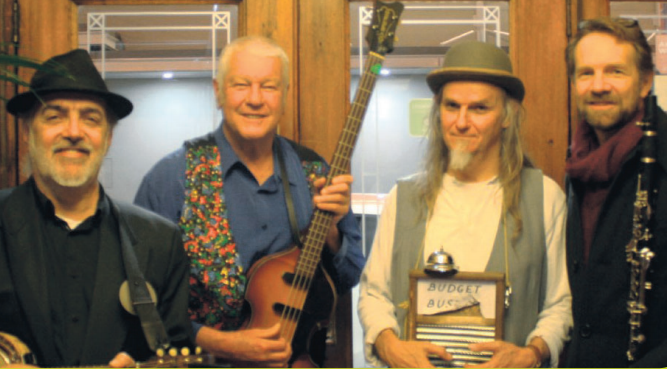 Midsummer in Gosford is all about: holidays, tourists, sunblocked days and beach bumming, but the BluesAngels and Hotel Gosford will cool the sweat-soaked night with their First Saturday Blues, Jazz and Roots event according to event organiser Tom Flood.

“Dr Goodvibe, the almost legendary pairing of unforgettable songster, Edu Valk, and international harmonica virtuoso, Christian Marsh, often teamed with surprise guests, will follow the BluesAngels’ summer sets at 7:00pm. “The BluesAngels will be graven with the dry, gold gulches of Gulgong Festival the week before”, he said. Edu Valk performed across the Americas, lead various bands in Canberra and Sydney, then settled on the Central Coast.

Three albums of largely original soul, funk and folk from this musically wandering bloke over 12 years lead to their latest, ‘The New Bohemia’, in 2014. Edu Valk will be teamed with the multi-award winning harmonicist, Christian Marsh, who also boasts an extraordinary solo career across musical theatre, classical and jazz performance, blues, world music, his own solo CDs and guesting on a super list of luminaries’ albums and stages.

“The combination, surprisingly relaxing, crystallises the sounds of these two superlative artists to cool you through this jewel of a midsummer night”, Mr Flood said. “As always, good food, helpful staff, cold drinks and free, fi ne music from Dr Goodvibe and BluesAngels will bless your First Saturday in January with a buzz you’ll remember.” First Saturday Blues kicks off for 2017 at Hotel Gosford from 7:00pm on Saturday, January 7.