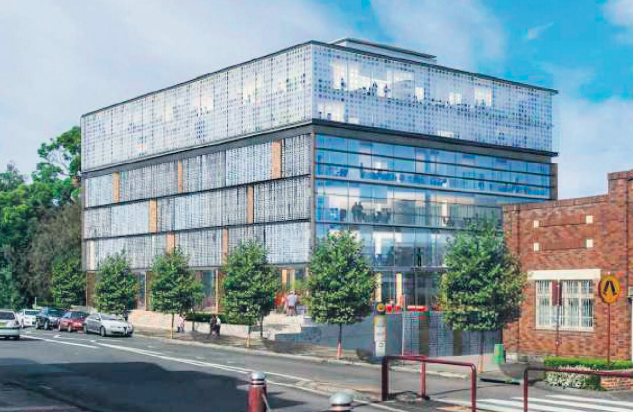 The Joint Regional Planning Panel (JRPP) deferred its decision on the proposed development of the State Finance Office development on 32 Mann Street until 2017.

The panel met in Gosford on Monday, December 5. The Barrister representing the Gosford Waterfront Alliance in its Land and Environment Court case against the adjoining Australian Taxation Offi ce development, Mr Matthew Fraser, presented a detailed submission to the panel. Mr Fraser’s submission reminded the members of the JRPP of their duties. The DA for the State Offi ce Building is a Crown application because the applicant is the NSW Government. However, Mr Fraser said the NSW Environmental Planning and Assessment Act gave the panel the option of seeking the NSW Minister for Planning’s permission to refuse the application.

“The JRPP is obliged to undertake its independent function with objective fearlessness,” Mr Fraser said. “If the JRPP forms the view that the application does not merit consent, then the duty of the JRPP is to seek the approval of the Minister to refuse,” he said. Mr Fraser then set about explaining the reasons why, he believed, the JRPP should be pushing the Minister for that refusal. He said the supplementary report from the Central Coast Council, which recommended approval of the DA with conditions, was “inadequate on its own to be the basis for the JRPP to properly take matters into consideration in assessing and determining this DA”. Mr Fraser also provided arguments about the Council’s failure to properly assess the design excellence of the proposed development.

“The JRPP could also request the Council to engage an independent architectural expert to carry out an objective assessment of the proposal,” Mr Fraser said. “Some particular elements of the design which seem to fall below the standard required … are: there is no pedestrian link from Mann St to Baker St; and, the proposal is for the development of part of the lot only, rather than designing a building or buildings for the whole of the lot thus allowing for proper street activation, through site linkages and other elements which might then demonstrate an architectural design of the highest calibre,” he said.

The JRPP is not permitted to let slip through what is either mediocre or even good design,” he said. Mr Fraser also detailed the decision of the then Gosford Shire, in 1957, to officially close the part of Baker St between Georgiana Tce and Vaughan Ave and dedicate the land for the purpose of public recreation. “The use of Baker St as a park has continued since before 1957 until it was ripped up earlier this year to facilitate the ATO development. “There is considerable public interest in the status of the road area. “Now that this resolution has been unearthed, the JRPP ought to ensure that the status of the road … is factually and legally correct before determination of the application,” Mr Fraser said.

“In the end, the JRPP was given nine reasons that the development did not merit approval – with deep concern expressed about the application from the panel members,” said Ms Claire Braund, chair of the Gosford Waterfront Alliance (GWA). “The Supplementary Report from Council was deemed insuffi cient and the design has been heavily criticised by the Council architect as not of high architectural merit and under-utilising the site,” Ms Braund said. “A representative from Property NSW admitted on numerous occasions the agency had looked at other sites but, in the interests of speed and expediency, opted for the waterfront site in order to deliver this 2015 NSW Election commitment.

“It is becoming increasingly clear that GWA is acting as a de-facto council defending the public interest in this matter. “There is a total absence of any political representation or council leadership. “Only hard-working Council staff were present to speak to this major development on our waterfront. “We now have a great window of opportunity to push for our plan for Central Coast Council to acquire 32 and 20 Mann Street, the middle and front portion of the site, for a Performing Arts Centre,” Ms Braund said. The Gosford Waterfront Alliance has urged concerned residents to write to the Council Administrator, Ian Reynolds, asking him to put the case for acquiring the remainder of the site from the NSW Government. “This needs to happen as a matter of urgency or the opportunity will be lost,” Ms Braund said. “At the moment Mr Reynolds is sidestepping on the PAC and unwilling to engage with GWA,” she said.