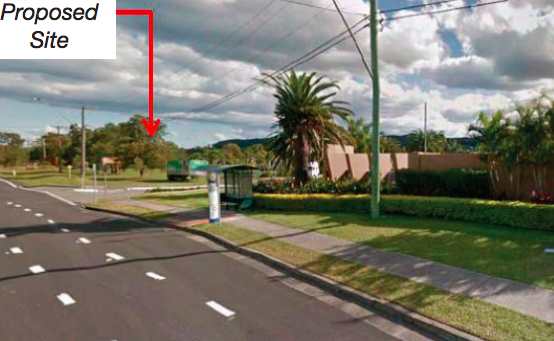 A street view showing developments close to a subdivision site

A 102 lot subdivision to be developed over two stages at The Entrance Rd, Forresters Beach, has been given deferred commencement consent by the Central Coast Council.

The applicant and owner was Allam Forresters Beach Pty Ltd, and the 55,420 square metres, partially zoned Low Density Residential, and partially E2 Environmental Conservation land, is located at 995 to 997 The Entrance Rd. Stage 1 of the subdivision will comprise of 59 lots and would involve construction of three part roads, drainage and nutrient control facilities, and an upgrade of the intersection at the Central Coast Highway. Stage 2 would comprise 43 residential lots, construction of the balance of four roads and the dedication of land for drainage and nutrient control facilities. Proposed residential lots would vary in size from 405 square metres to 961 square metres, and a proposed E2 Environmental Conservation zoned lot would have an area of 3,220 square metres.

The property shares a common boundary with an existing retirement village to the north and is bounded by Bakali Rd to the west, which is an unconstructed road. The proposal retains vehicle access to the retirement village at the north east corner of the site. Land to the south contains houses and is subject to a planning proposal for rezoning to low density residential. A major drainage system runs across the north east corner of the site, taking water from the Central Coast Highway. It is also in the Wamberal Lagoon catchment area and is identifi ed as bushfi re prone. The Rural Fire Service has issued a bush fi re safety authority subject to conditions.

The Land and Environment Court gave consent for a retirement village on the site in 2007. Development under that consent had commenced, so the applicant would be required to surrender the consent if the current application was approved. The application was placed on public exhibition in March and 85 submissions were received, 35 per cent of which from residents of the adjoining retirement village. A Council staff report to Council Administrator, Mr Ian Reynolds, said: “The issues raised in public submissions have been addressed as conditions of consent. “The issues alone do not warrant refusal of the development application.

“The application is recommended for approval via a deferred commencement consent, subject to the conditions.” As a result of the consent, Council has also undertaken to review its current contributions framework to ensure that appropriate development contributions are collected toward the provision of essential infrastructure to support the incoming communities across the Central Coast. Amendments to the existing contributions plan will be prepared and placed on public exhibition (if necessary).