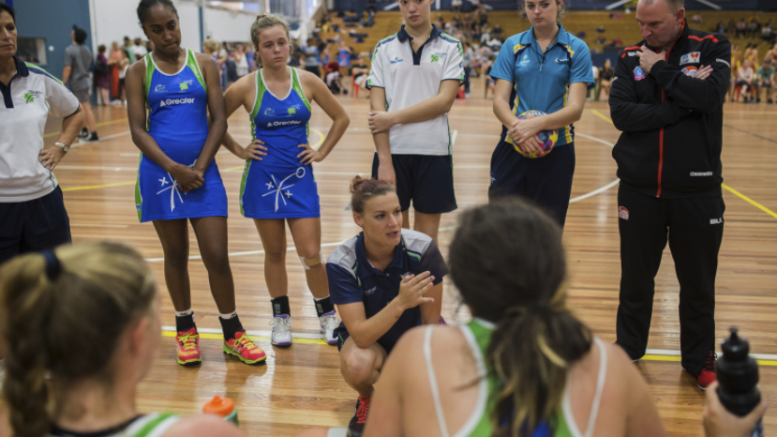 The Central Coast Academy of Sport, Greater Bank Netball Program, has announced that Ms Jessica Morgan will now lead the program, with her recent appointment as the Head Coach.

Ms Morgan is a qualifi ed Physical Education Teacher who has been targeted due to her quality coaching and involvement in the sport over recent years. Ms Morgan has been linked to the Academy over many years, as a former athlete and over the past three years in a coaching role. The outgoing Head Coach, Ms Gima Crowdy, was seeking to pursue Head Coaching opportunities within the new Premier League launched last year through Netball NSW. In addition to the changes in the Head Coach position, other changes have been enacted to align the sport to others Regional Academies, with training now scheduled for Sundays at the Central Coast Grammar School.

The move to Sundays ensures less confl ict with high performing athletes involved with both the Central Coast Heart Opens and Youth League programs. Central Coast Academy of Sport Athlete Services and Events Manager, Ms Emily Burgess-Moore, said: “The changes to the Netball Program are designed to ensure opportunities for athletes are streamlined so players don’t have to choose one program over the other. “It also means the Academy program will act as a true feeder program into the Heart which is one of the essential reasons the Heart came into being,” Ms Burgess-Moore continued. “We punch well above our weight and I’ve no doubt that will continue under Jess’s tutelage,” she added.