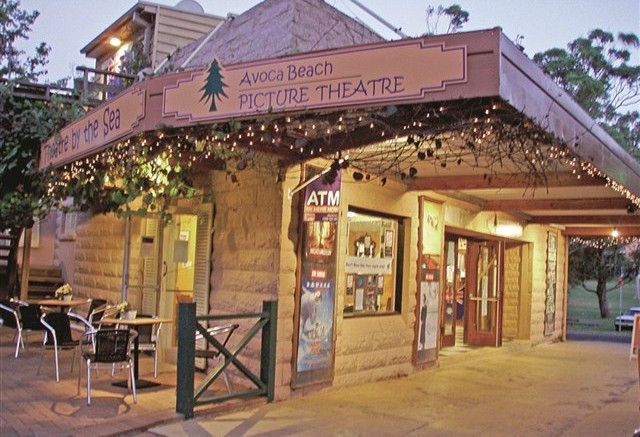 Beth and Norman Hunter, the owners of the Avoca Beach Picture Theatre, look set to take their fight to redevelop the theatre to the Land and Environment Court in February 2017. The former Gosford Council refused their development application in June 2015.

The Hunters subsequently lodged an application to Council to review the DA in November 2015 and, shortly after, commenced action in the Land and Environment Court. A Section 34 conference was held at the Avoca Beach Surf Club in June, including the Hunters, Land and Environment Court representatives, Council representatives and community members, both for and against the redevelopment. Mr Norman Hunter said that following the conference, based on feedback from Central Coast Council, amended plans have been submitted.

Those plans were advertised by Central Coast Council on October 21 (but not in this newspaper) and public comments have been invited. Mr Hunter said the amendments included the “loss of a small underground cinema and an upstairs gallery”. The size of the residential units that were part of the Hunter’s $7.1 million redevelopment plans have also been reduced in the latest amendments. Mr Hunter said he would like to discuss the plans for the theatre in more depth, but did not consider it appropriate to do so, given that the matter is now with the Land and Environment Court. He said he encouraged those who supported the latest plans to write to Council expressing their views. The court action is the latest stage in Mr and Ms Hunter’s 14-year battle to redevelop the theatre.

Spokesperson for Avoca Theatre Preservation Inc, Mr Mike Rubbo, said the community group’s main concerns remained the preservation of heritage and the prevention of overdevelopment on the site. “Somebody in government needs to say emphatically that no Avoca Theatre development will go ahead which doesn’t put heritage front and centre,” Mr Rubbo said, adding that he encouraged those opposed to the latest plans to make submissions setting out their concerns before November 11. “Our most historic building must stay our most historic building,” Mr Rubbo said. “It is important that the existing theatre remain the focal point and that any additional screens do not dominate the existing theatre. “Any new development should not be higher than 2.5 stories to harmonise with the existing theatre.

“The northern elevation is widely considered to be one of the theatre’s best features (the French doors and lawn) and should remain visible amongst any new development. “This does not mean that another screen and café, et cetera can’t be added. “Such is in keeping with successful modifications of similar theatres in NSW. “All over Europe, history is preserved because people who inherit historic buildings find clever ways to monetise the historic charm that’s been handed down to them. “Please write to Council urging them to put history front and centre and, most importantly, to locally heritage list the theatre, as everyone has been urging them to do. “Until they do this, there is no point in talking about these minor modifications the Hunters are now serving up, as the matter prepares to go to the Land and Environment Court,” he said. Mr Rubbo said the matter of the theatre’s future should not have been left to drag on for 14 years. “On the one hand, there are the frustrated owners, the Hunters, who can’t get their plans for a multiplex, first three screens, then fi ve and now four, past either the council or the community; and, on the other hand, there are angry locals fed up with the way this drags on,” Mr Rubbo said.

“While some patrons are lulled by the promise of more movie choice, most people in Avoca do not want this overly-large complex to replace the vibrant theatre they now have and love. “Locals especially fear that if it does work as the Hunters hope, with its 300 extra seats, parking, which is already a nightmare on the beachfront, will be even worse,” he said. “We are in this mess today for a key reason, which is not getting the attention it deserves.”

Mr Rubbo said that key reason was that heritage had always been “swept under the carpet” by the theatre’s owners. “Nobody would dispute that the theatre is Avoca’s most historic building. “The Hunters say they are preserving history because they’re retaining the theatre, and adding to it. “This may be technically true, but not true in terms of what the visitor will experience. “The National Trust, which listed the theatre in 2001, and has a keen interest in its preservation, said back in 2003: ‘The proposed complex seriously compromises the form of the original theatre’.

“In those early years, the National Trust, understanding the Hunters’ wish to expand, offered to help the owners reconcile their development plans with the need to protect history. “You would think the Hunters would have welcomed such an offer as they profess to be happy with the National Trust listing. “But the offers were rebuffed.” In 2005, the NSW state heritage offi ce wrote to Gosford Council in relation to the draft LEP then on display. “The heritage offi ce said the development proposed to be permitted by the draft LEP was an overdevelopment of the site and out of scale in terms of the existing cinema building,” Mr Rubbo said. “The offi ce further recommended that the cinema and its curtilage be listed as a heritage item on the council’s LEP.

“These suggestions, that the National Trust listing become proper heritage protection, were ignored by Council. “Indeed this is not surprising, because back in 2002, Council not only took the theatre off a list of potential heritage buildings, but said the matter would not be revisited for 25 years, a decision which the National Trust found simply astonishing, even unprecedented. “Council did attempt to mediate in 2005. “The National Trust was present at the invitation of the Gosford Mayor, Mr Malcolm Brooks, at a meeting with the Hunters, who were then about to take over the theatre’s management. “Following the meeting, the Trust wrote to Mr Brooks stating that the meeting did offer some hope of discussing the proposal and lessening its bulk and footprint to address concerns.

“Unfortunately that was not to be, as the Hunters were unwilling to take on board those concerns and offer any form of compromise. “In 2007, the Minister of the day, Mr Frank Sartor, said council must consider whether the design of the proposed development complements the heritage qualities of the existing theatre building. “Frustration on the part of the NSW heritage offi ce and the National Trust continued through the years until 2015, when the NSW heritage office, presumably in an attempt to push Gosford Council into action, put an Interim Heritage Order on the theatre.” The Interim Heritage Order remained in place for a year, giving the Council the necessary time to convert it into a local listing. Mr Rubbo said he believed it was shocking that Gosford Council allowed that year to pass without coming to any decision, “without doing anything”.

“This resulted in extreme frustration, not only for the community, but for the Hunters as well, and that indecision paralyses events until today,” Mr Rubbo said. “We have to conclude that Council, during the last 15 years, apart from Malcolm Brooks in his time as mayor, has not shown the sort of leadership needed to resolve this matter expeditiously. “We are very concerned that that same lack of resolve continues under the amalgamation. “This has been going on far too long. “It is now 12 years since 3,000 people signed a petition at the theatre for a heritage listing. “It’s around the same time since 5,000 people suggested to the Hunters the compromise of a second screen as proposed by the National Trust, and as is common with such small theatres, a suggestion ignored,” Mr Rubbo said.

New roadmap has a big stop sign for the Central Coast