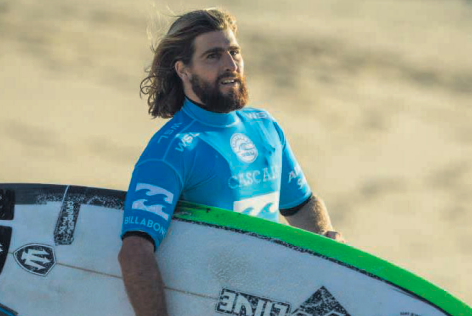 Carmichael was eliminated in the fi rst round of the Hawaiian Pro on November 13, following a disappointing two wave total of 6.40. After winning the 2015 Hawaiian Pro at Haleiwa, Carmichael jumped up 40 spots in the World Surf League rankings from 59th to 13th.

This was the biggest result in his career thus far, beating out World Number 2, Filipe Toledo, and defending Hawaiian Pro Champion, Dusty Payne, to claim the win. The win put Carmichael comfortably ahead of the pack for the 2016 Vans Triple Crown, but Carmichael’s early fumble has taken him out of contention.