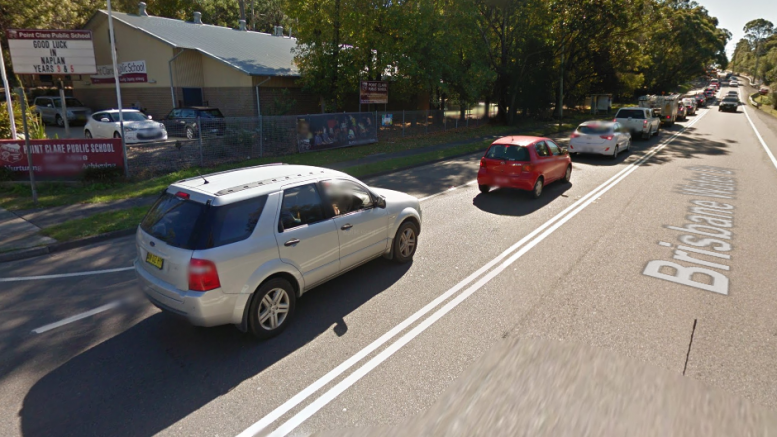 The installation of a speed camera at the intersection of Brisbane Water Dve and Talinga Ave in Point Clare could help to stop vehicles speeding past the local primary school, according to local residents.

Point Clare Public School is the only school on the Central Coast that does not have a designated pedestrian crossing. One resident, Mr Gary MacDonald, said: “I walk past Point Clare Public School every day and I feel very strongly that a speed camera at the Aldi intersection would be one of the most effective deterrents for drivers who run the traffi c lights,” Mr MacDonald said.

“These drivers force their way into the single lane which occurs very soon after passing through the intersection on the school side,” he said. “There was a four car pileup near the school in August and only this week I observed (yet again) another vehicle travelling at high speed dashing past fi ve other cars to get ahead of the others.

“It is also worrying as a pedestrian,” Mr MacDonald said. “I could be hit by a vehicle that is being driven in this dangerous manner. “I remember well the two cars that crashed into the mesh fence of the school. Point Clare 40km Zone campaigner, Mr Anthony Buckley, said he has sent a response from the Roads and Maritime Service along with photo copies of over 700 petition signatures to Central Coast Council Administrator, Mr Ian Reynolds, and the CEO, Mr Rob Noble. “This is to keep them informed of our ongoing campaign,” Mr Buckley said. “As yet neither has responded,” he said.

Mr Buckley added that he is astounded that many signatures are still coming in, “such is the concern of the residents of the district”.

New buildings at Point Clare to be ready in November