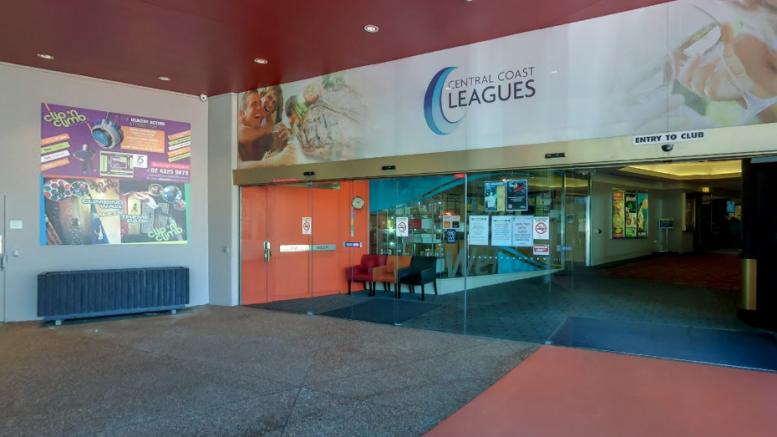 After a complete rework of its renovation plans, the revitalisation of the Central Coast Leagues Club is about to begin.

The Board has thanked the club’s many members for their patience while the club revisited its renovations, originally intended to commence in March 2016. The Directors decided to re-visit the original plans with a view to including additional works, if fi nancially possible. The reworked plans have increased the scope of the renovations to ensure the entire ground floor would be renovated, with all gaming, bar and most food outlets on the one level. The ensuing works will enable the club to completely revamp the ground fl oor into a memberfriendly area with additional dining and family friendly spaces together with new bars, TAB and reception areas, according to the directors.

The concept is to provide a high-quality venue that maintains all of the features that the members and visitors love about the club, a statement from the directors said. A project manager has been appointed and it is now envisaged that work will commence in October, with dates published online and within the Club. “Renovating the appearance of the club is just the fi rst step, as the board is also reviewing all aspects of the Club’s operations, including the quality of their products and a review of their current promotions, entertainment and events”, said Chairman, Mr Peter James.

Changes will not be made in isolation, as the club has already conducted several focus groups with members, engaged secret shoppers, liaised with members on the floor and obtained information through questionnaires. “We have spent a great deal of time working with the builders on the staging of the work to ensure that throughout the construction process, the impact on members is kept to a minimum”, Mr James said. “Commencement is expected in October with completion in March 2017. “Once completed, I am sure that the new facilities will provide members with a new and vibrant family friendly environment with which to enjoy club life”, said Mr James.

With the resignation of the General Manager, Mr John Keene, the business has been maintained both while John was on leave and now, by the Acting General Manager, Mr Peter Blacker. Mr Blacker brings considerable club and business experience to the position. The Board will be addressing a more permanent solution in the coming months. Central Coast Leagues Club and its staff would like to thank John Keene for his contribution to the Club during his long term of employment. Much time has been spent by the Board improving its governance standards with directors attending mandatory education courses during the year, improving meeting procedures and ensuring robust decision making processes are in place. This will ensure directors have the knowledge and information necessary when planning the future of the club.