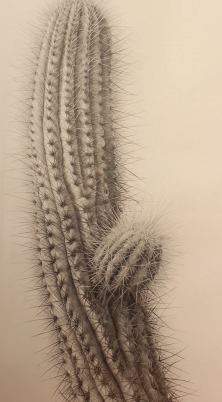 Talented artists from around the country have been recognised in this year’s Gosford Art Prize and Gosford Ceramic Prize. Winners were announced at the Gosford Regional Gallery exhibition opening on Friday, September 23.

The popular competition received 566 entries submitted by over 420 artists, with over 70 percent of artists from the Central Coast. Team Leader at Gosford Regional Gallery, Mr Tim Braham, said the receipt of artworks for the annual competition was both a frantic and thrilling time for the Gallery. “The Gosford Art Prize and Gosford Ceramics Prize is a genuine demonstration of a wealth of talent, skill and artistic diversity in our community,” said Mr Braham.

“In total, 141 works were selected for the fi nal exhibition. “It is particularly gratifying to note that more than 56 percent of these fi nalists were also from the Central Coast. “Over the last 17 years, the Gosford Art Prize and Gosford Ceramics Prize has grown considerably in reputation and prestige. “Today it enjoys widespread recognition as a signifi cant national art prize, with artists from across Australia competing in a prize pool of $24,000. “This year we invited the judging panel to select all fi nalists for exhibition, as well category winners.

“Their careful regard for style, content and technique has given the exhibition fresh perspective and insight.” Guest judges for this year’s competition included: Kim Spooner, Lecturer at the National Art School and previous winner of the Portia Geach Award; Alan Jones, a painter and winner of numerous Art Prizes including the Mosman Art Prize; and Paul Davis, a well-respected ceramic artist and educator. The Gosford Art Prize and Gosford Ceramic Prize will be on exhibition at Gosford Regional Gallery until Sunday December 4. A series of free artist talks will be held every Saturday at 2pm for the duration of the exhibition. The 2016 winner of the Gosford Art Prize was Ms Bronwyn Van De Graaff, for her work, ‘Cactus’. Second prize went to Geoff Harvey for ‘North Lismore View from my House’. Highly Commended awards were received by Rew Hanks and Mark Middleton. The winner of the Gosford Ceramic Prize was Clodagh Blackburn for the work ‘Space Rocks’.