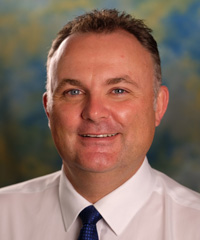 Employment on the Central Coast is growing at the fastest rate of any regional area in Australia, according to the member for Terrigal, Mr Adam Crouch.

“Of all the regional areas, the Central Coast has the highest rate of jobs growth, at 8.8 per cent for the year to August 2016,” Mr Crouch said. That equals over 14,000 new jobs created in the 12 months, whereas the average jobs growth across regional NSW for the same period was just 3.6 per cent. “The next nearest region was the greater Hunter, with 13,400 new jobs or 4.6 per cent,” Mr Crouch said. He said he believed record NSW Government spending on health and infrastructure had resulted in the state having the strongest economy in the country, and that strength was fl owing on to strong job creation in the region.

The Coast’s strongest economic sectors in terms of jobs growth, according to Mr Crouch, were health, manufacturing and retail trade. He said he believed the Coast was also attracting innovative business owners who were able to utilise their innovation to create job opportunities. The Member for Terrigal also believes the Central Coast is becoming the “destination of choice” for home buyers and business owners. North Avoca, for example, has just been identified as one of the most popular property markets in the state. “This is another brilliant result for the Central Coast, which is rapidly becoming the destination of choice and absolutely fi ts in with the ‘#This is the Life’ campaign from Central Coast Council,” Mr Crouch said. “Everybody on the Central Coast knows how lucky we are to live in this beautiful region, and others are now realising it too,” Mr Crouch said.