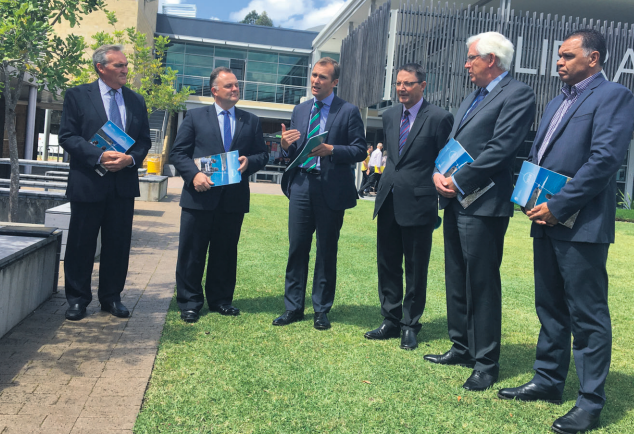 “It’s amazing the outcomes that can be achieved when governments and community work together under an empowerment framework,” Mr Gordon said. “It is enormously pleasing when governments don’t just hear, but actually listen to what has been said and the release of the plan is the result of exactly that,” he said. The plan presented a 20-year blueprint which encompasses a vision for the future of a healthy natural environment, a fl ourishing economy and wellconnected communities on the Central Coast, Mr Gordon said. The Plan states that the NSW Government and Central Coast Council will work with Darkinjung Local Aboriginal Land Council to identify how its land can best be planned, managed and developed.

“Encouraging Aboriginal people to gain economic benefit from their land will support broader regional development, biodiversity and social outcomes,” he said. “The NSW Government and Darkinjung Local Aboriginal Land Council will work towards achieving the overall aim of the Aboriginal Land Rights Act 1983 (NSW) which lays the foundations for a more secure economic and self-reliant future for all Aboriginal people in NSW.” Actions that have been outlined in the report include that the NSW Government will collaborate with the Central Coast Council and the Darkinjung Local Aboriginal Land Council to strategically assess the Land Council’s landholdings and identify priority sites to create a pipeline of projects. Darkinjung Chairperson, Ms Tina West, said:

“Darkinjung is looking forward to working with the NSW Government and the Central Coast Council over the coming years to implement the actions of the plan. “Now is the time to strengthen the economic self-determination of Aboriginal communities and provide Aboriginal people the tools to take responsibility for their own future,” Ms West said. “Our aim is to empower our people to recognise their potential which will ultimately help build the foundation for future generations. “It is our hope that through working with the NSW Government and Central Coast Council, we can contribute to the economic development and growth of the Central Coast,” Mr Gordon said.