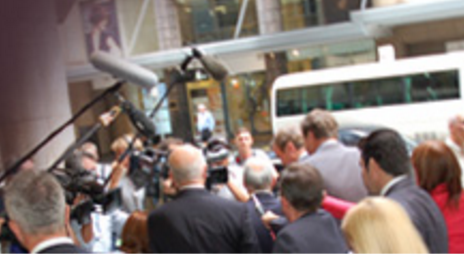 Sen O’Neill said the report, which found wide-scale funnelling of undisclosed political donations to the NSW Liberal party, demonstrates the disrespect the Central Coast Liberal Party and its representatives have shown the community, and it exposes their blatant disregard for their constituents and the needs of our community. The report found former Liberal MP for The Entrance, Mr Chris Spence, and former Liberal MP for Wyong, Mr Darren Webber, “acted with the intention” of evading election funding laws. It also recommended that the Director of Public Prosecutions consider charging the former Liberal MP for Terrigal, Mr Chris Hartcher, with larceny.

“This report exposes a deep, long-established culture of funnelling dirty donations to the NSW Liberal Party. “It reveals disrespect for the law and the community,” Sen O’Neill said. “A culture of ‘what Hartcher wants Hartcher gets’ as exposed by the report, shows that the Central Coast Liberal Party is determined to put their fundraisers fi rst and the Central Coast last,” she continued.

The report states their factual findings including a $121,000 donation through EightbyFive which was funnelled to Mr Spence’s campaign for The Entrance and a undetermined donation of between $34,650 and $49,500 ended up being spent by Mr Webber’s campaign for Wyong. In one instance, the report found Mr Hartcher and members of his staff were involved in funnelling ongoing donations totalling $183,342.50 through EightbyFive to assist Mr Hartcher’s own re-election campaign in 2011. The Report also indicated that “Following a careful consideration of Mr Hartcher’s evidence, the Commission is of the view that it is unreliable. “His evidence on various matters was inconsistent with the objective facts.” “The honest, hardworking people of the Central Coast are sick of these kinds of dodgy Liberal deals,” Sen O’Neill said