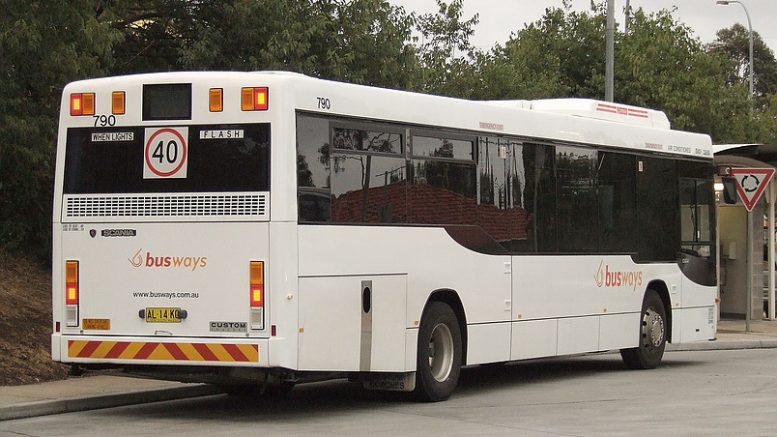 Busways announced at the last minute on Friday that a 24-hour stoppage planned for today, September 5, had been cancelled.

A spokesperson from Busways told Peninsula News that the Transport Workers’ Union had agreed to cancel the planned 24- hour stoppage but negotiations between the parties were onoing.

However, union drivers will continue with industrial action allowing passengers to have free bus travel. They will cover Opal Card readers on their buses, preventing payment. The action was expected to continue until September 9. Busways held an enterprise negotiation meeting on September 1 with delegates from the Transport Workers Union. According to a statement from Busways, the discussions between both parties progressed throughout the day and the union decided to cancel the planned stop work action. Busways senior management will be meeting with delegates and officials from the union again today to continue the negotiations.

“Busways is hoping that continued progress will be made and that further industrial action is averted,” the statement said. “Busways apologises for any inconvenience this may cause our customers and appreciates the community’s understanding throughout this period of industrial action.” Transport Workers’ Union state secretary Mr Richard Olsen said, prior to the cancellation of the stoppage, the dispute escalated after Busways continued to refuse to negotiate a fair and reasonable enterprise agreement to replace the one which expired in June 2015. “The last thing that drivers want to do is inconvenience passengers,” Mr Olsen said. Customers should rely on the transportnsw.info website for the latest timetable information or call 131 500.

Significant sites to be preserved through Heritage Grants